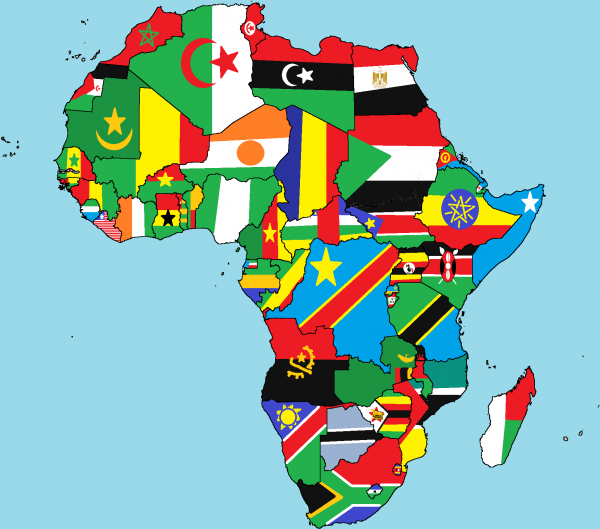 A leader’s allure for excessive power poses serious threat to the people he claims to lead. The world is swarming with brutal leaders whose ambitions have dragged their people into needless war and confusion.
July 24 to August 3, 1943 was a period no German would want to forget in a hurry. It was a time “Operation Gomorrah”, the codename of the allied forces, stormed the city of Hamburg and rained hails of bombs and bullets with almost no end in sight on its harmless inhabitants. Residents were shattered, children cried, family torn apart, and hundreds killed while several others were injured and maimed. It was, indeed, a forlorn hope for all Germans.
That was  the case with Germany, a nation whose orderly system of sort, was crumbled by the ill-famed leader – Adolf Hitler – whose place in history, was written in blood and still remains the dark days of Germany. He is believed to have brought pains, agony and shame to the nation. This, however, remains a matter for further academic discourse. But one thing that is obvious is that the rabid hatred for Jews in today’s Germany has its root in Nazism.
With his brutal emergence as leader in 1933, in no time, the state became totalitarian in outlook, where government prettily controlled virtually all aspects of life. It was a harrowing moment the people had to behold while his 12-year reign lasted.
Of course, his decision to venture into expansionism, which of course, was the order of the day among the powerful nations, was all that was needed to bring his regime to an end.
With his unbridled ambition to expand the German space, even in the face of obvious danger, the Nazi leader, in cahoots with the disbanded Soviet Union, turned Poland, a seemingly hapless neighbour, to its prey… to be devoured.  The decision by these two nations to appropriate Poland as their colony angered the super powers.  Nazi party’s ruthless promotion of aggressive foreign policy, which was a clear violation of the Versailles Peace Treaty of 1919, became the immediate cause of the World War II.
Succinctly put, Germany opened up its space as the theatre of this war in Europe with Hitler’s invasion of Poland, Friday September 1, 1939.  And just 16 days after, the Soviet took its turn by amassing the eastern part of Poland.
At the end of the very scary war, a huge chunk of  Germany was in tatters, resulting from heavy bombing of  its infrastructure by the allied forces. Available records show the country suffered tremendous human loss, especially the working class that was almost wiped off.  A typical example of loss in population was in Koln, which dropped from 750,000 to a meagre 32,000. The housing stock was said to have been reduced by 20%; food production came to half the level of the pre-war era; while the industrial output was at the lowest level. No worst calamity can befall a nation!
History books and several works, authored by scholars and writers, say quite a lot about the war as they paint gory pictures of the holocaust that brought Germany to its knees. However, an invitation to the Bonn Museum by Mr. Thomas Moesch, Head of Hausa Service at DW (Deutsche Welle), really relived the war, the detritus, and how the country bounced back from ashes to stardom. On his own volition, Mosch was so generous with his time to explain every bit of Germany yesterday and today.
The three-hour journey or thereabouts, round the snakelike interior of  the edifice housing the  German artefacts, amply tells a story of  how a nation, plunged into needless crisis, stoutly rose, in determination, to wriggle out of its woes and stormed the world with shocking progress in a spate of  four to  five decades. It tells a story of pre-1945 Germany, the years after, all through to the modern day. It was quite an interesting session as Moesch, also a historian, conducted me and some other colleagues round the journey.
The tour gives an insight into the history of the old Germany as well as a reunified Germany. Nice relics and antiquities of immense historical value, which, put together, ‘take one to the scene of the war’ and fire one’s imagination regarding how the country recouped its lost architectural essence.  Typical of any museum worth its name, one sees quite some objects like documents, photos, sound recordings, film clips, pottery, military equipment, and, of course images depicting Germany of today. It’s really a beauty to behold!
But with the end of the war, Germany set out on the path of development, and gradually started a rebuilding process to recover its lost ground.  It underwent various levels of transformation amidst various challenges.
Sifting through the detritus of the war, one cannot but agree that a bleak future was prettily and incredibly ahead of Germany, which had already been divided into four military occupation zones — France in the southwest, Britain in the northwest, the United States in the south, while USSR had a firm grip of the east.
And with the pulling down of the Berlin Wall in 1989 -which some historians are wont to describe as the actual end of WW II – a reunited Germany surfaced, became the toast of the world, and was to later emerge as one of Europe’s largest economy.
Little wonder, therefore, that 30 years after crashing the physical and mental barriers called the Berlin Wall, Germans gathered in their numbers to celebrate last Saturday. Love, respect for individual rights and the rule of law were all that filled the air while the celebration lasted. .

What lessons for Africa?
For Africa, there is a plethora of lessons to draw from here. A cursory look at the continent, particularly the sub-Saharan Africa, shows the countries were once (of course, some are still) bedevilled by various wars, occasioned by Hitleric tendencies among some leaders, complicated by sheer centrifugal socio-political and economic forces. From Rwanda to Burundi, across Nigeria to Cameroon, crisscrossing South Africa, Zimbabwe, and until recently Ethiopia and Eritrea, the common strand of leadership deficiency permeating the length and breadth of the continent, speaks volumes of the level of development of where the continent is and where it’s likely to be in the near future. It is sad to note that ethno-religious-induced crises, have continually remained obtrusive to the continent’s aspiration, thus painting a bleak future the present generation of Africans and those yet unborn.
For us as Africans, the rise of the then hopelessly war-torn Germany from ashes to greatness, should be challenge to us. Rather than dwelling in the past and crying over split milk, this is the time to move on. Hitler took Germany to a war that was not the people’s making, they faced it and bore the brunt that came with their leader’s follies. Today, the socio-economic and political order in Germany is almost without equal in Europe.
Our leaders should stop dwelling on the past, and blaming either the colonial lords or ambitious military adventurers who ventured into politics. That should be consigned to the dustbin of history. The song of unity, love, mutual respect and respect for the rule of law which today, are the harbingers of the modern Germany, should be  imbibed by African leaders, such that tomorrow, at least, can be made better than today. The resources in the continent are abundant. We can’t afford to be a dinosaur. Moving with the dynamics of time should be our ways.
The morbidity, crass poverty and the social disorder are things we must not be talking of well five decades after African countries weaned themselves from the dominance of the colonial overlords. Whatever remains of the sapped resources should maximally be put to use for the benefits of the people. It’s only then the crazy lust for greener pasture or Golden Fleece, will be drastically reduced. If Germany could rise from the crucible of war to become a major player in the world, Africans too can do same if not better. I hope this word of advice sinks!