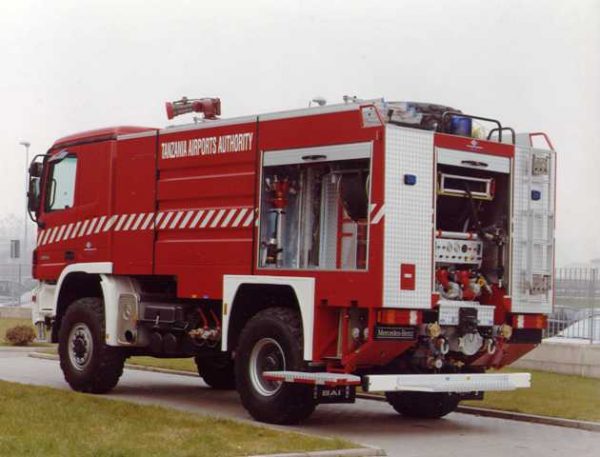 The Federal Government says it will establish a Federal Fire Service Zonal office in Minna to serve Zone G, comprising Niger, Kogi and Kwara states.
Dr Ibrahim Liman, FFS Comptroller, disclosed this during a courtesy visit on Governor Abubakar Bello of Niger in Minna on Monday.
Liman said that the office would enable quick response to fire disasters in the three states.
He said that two modern firefighting trucks and over 200 fire fighters would be deployed for the take-off of the zonal office.
Liman added that the effort would complement the state fire service since firefighting was all about robust collaboration between the centre and states.
He appealed to the state government to assist the new command with logistics for the smooth take off of operations.
He said: “We need 200 mattresses and food items for the ongoing training of the newly recruited fire fighters into the Federal Fire Service taking place in Minna.
“Similarly, we will appreciate the handling over of the land allocated for the zonal office and also two utility vehicles to help complement the efforts of the state fire service in fire risk assessment and support.”
Responding, Bello commended the FFS for the fire fighter trucks, adding that government would ensure their sustainability and maintenance.
He gave the assurance that government would support the service with mattresses and food items and provision of utility vehicles once resources were available.
Bello called on the Comptroller to conduct drill tests from time to time as well as training of its personnel for fitness and efficiency.