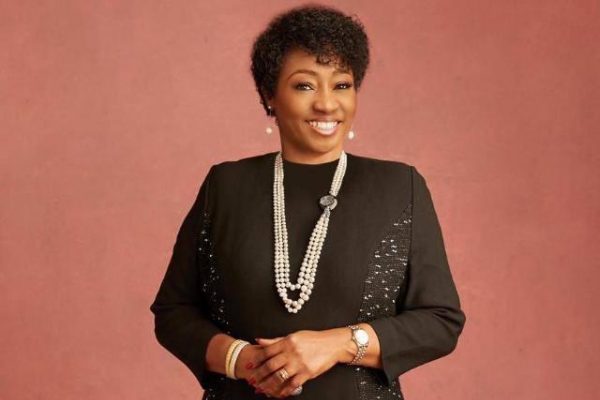 Glowing tributes poured in torrents for Wife of Ekiti State Governor, Erelu Bisi Fayemi, on Sunday night as she received the 2018 Zik Prize in Leadership, alongside other seven prominent Nigerians.
The event, which took place at the Civic Centre, Victoria Island, saw the Ekiti State First Lady win the Humanitarian Leadership category of the 2018 Zik Prize in Leadership awards, while billionaire businessman, Femi Odetola, won the Business Leadership category, and Minister of State for Petroleum, Dr. Ibe Kachukwu, won the Public Service category.
Former National Chairman of the All Progressives Congress, Chief John Odigie-Oyegun, also won the prize for political leadership.
Other winners were Prof. Oye Ibidapo-Obe; Ikechukwu Onyema; Niger State Governor, Alhaji Abubakar Bello; and former Managing Director of United Bank for Africa, Philip Oduoza
While presenting Erelu Fayemi the award, the organisers described her works as co-founder of the African Women Development Fund and as first lady as quite impactful on women and the girl child.
The organisers said: “We are endeared by your genuine commitment to philanthropy and the societal vulnerable. Your various social cause initiatives has continued to mark you out as a global philanthropist of renown.”
Speaking at the event, former governor of Ogun State, Chief Olusegun Osoba, hailed Erelu Fayemi as a dogged fighter for women and children’s rights, whose impact has remained indelible in the annals of the nation’s history.
Osoba described Fayemi as an icon of women advocacy and a champion of positive change who deserved to be honoured with the prestigious Zik leadership award.
He said: “Mrs. Fayemi is a rare gift, not only for her darling husband, Ekiti State Governor and Chairman of Nigerian Governors” Forum, Dr. John Kayode Fayemi, but to Ekiti, Nigeria and the world at large. This lady is a world renowned gender activist, feminist, successful social Entrepreneur, Policy Advocate and Writer, who has devoted her time, talent and resources to the promotion and defence of the rights of over six thousand women and the girl child.”
The former Ogun State Governor disclosed that Erelu Fayemi played some prominent roles during the pro democracy struggle led by NADECO alongside her husband, adding that he could testify to her pro democracy and humanitarian credentials..
Chief Osoba who said all those honoured by the Zik’s award have distinguished themselves in their various fields of human endeavours, saluted the award recipients and  called on them to be more relentless and resourceful towards ensuring that the project called Nigeria does not fail.
According to him, the challenges of good governance in Nigeria must be addressed by all well meaning citizens.
He also advised leaders in positions of authority to continue to provide good leadership for national development.
Earlier in a welcome address by the Chairman of the Public Policy Research and Analysis Center, the organization in charge of the Zik Prize, Prof. Jubril Aminu, represented by Sir Marc Nwabara, set the mood of the event with an assurance that the awards were meant to deepened the recipients’ interest in further growth agenda and sound leadership for the nation.
The Zik Prize in Leadership Awards was instituted 25 years ago in honour of the late Dr. Nnamdi Azikiwe, the first President of Nigeria.
It was set up, among other things, to encourage and nurture leadership on the African Continent and in the Diaspora.
In her response, Erelu Fayemi thanked the organisers of the Zik Prize in Leadership and promised to always champion the cause of women and the girl child in the continent.
She said her husband’s massive support for all her activities has greatly helped her to forge ahead, even as she described Governor Kayode Fayemi as an epitome of humility.
The governor’s wife, who spoke on behalf of all the awardees, also charged other women on the  need for them  to showcase their God- giving talents and contribute to meaningfully national development.
It is recalled that Governor Kayode Fayemi had earlier in 2013 won the Zik Prize in Leadership (Political Leadership category), making them the first couple that would receive the prize in its 25 years of existence.