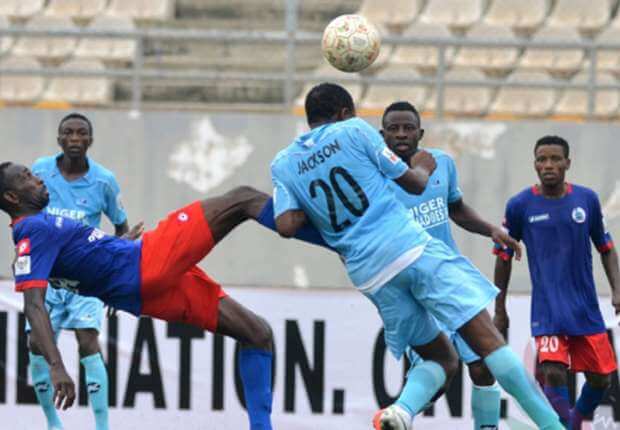 Rivers United of Port Harcourt’s shirt sponsors, Eunisell, has rewarded the team with N10 million for their performance last season.
This gesture was announced on Thursday in Lagos at the club’s branded shirt unveiling by the Group Managing Director of Eunisell, Chika Ikenga.
According to Ikenga, the reward was a demonstration that the company is satisfied with the performance of Rivers United for coming second in the Nigeria Professional Football League last season as well as winning the Super 4 in Enugu.
He said: “We are encouraged by the good performance of Rivers United and in keeping with our promise to stay with the club whether they fall or rise, we have renewed our shirt sponsorship agreement with them irrespective of the economic situation in Nigeria.
“We are confident that their recent success provides them a strong platform to become not just the winners of the Nigerian Professional Football League but continental champions.”
Ikenga added that Eunisell is happy to be part of football as its provides economic and social benefits to a society and pleased to be associated with the development of professional football in Nigeria, stressing that Eunisell is part of the foundation for the growth and future of sports.