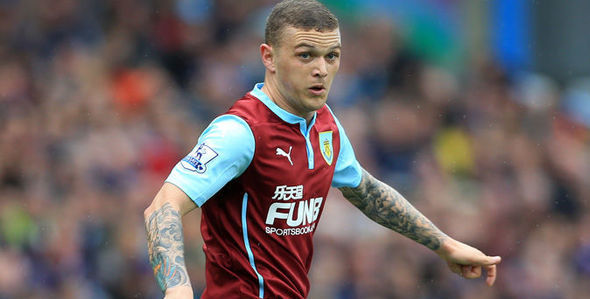 Kieran Trippier proved the unlikely hero at White Hart Lane as Tottenham Hotspur edged out London rivals Watford 1-0 to move into second place in the Premier League table.
Defeat for Manchester City earlier in the day opened the door for the Lilywhites to move up one position, and they were able to do exactly that thanks to a sixth win on the bounce in all competitions.
Spurs dominated the game throughout, but it required Trippier’s goal 25 minutes from time to make the telling difference and keep their title hopes well on track.
The visitors set themselves up with five players in the middle in an apparent attempt to stifle Spurs’ attacking threat, which largely worked for the majority of the opening 45 minutes.
Harry Kane was able to get a brief sight of goal, which Heurelho Gomes was equal to on his return to North London, but it was a case of the home side remaining patient in their build-up play.
That Gomes stop provided a sign of things to come, as the Brazilian was alert to deny a lively Ben Davies down the right on a couple of occasions, while Erik Lamela also saw his long-range drive routinely kept out.
Watford looked to be on the ropes at that stage, having already seen Mousa Dembele blast narrowly wide moments earlier, yet the key breakthrough goal did not arrive prior to the break.
Visiting manager Quique Sanchez Flores used the interval to bring on a couple of fresh legs, with Troy Deeney being used to add some much-needed attacking impetus to the Hornets’ ranks.
Watford, who have picked up just one win in their last eight league outings now, may have had a different look for the start of the second half but the flow of the game remained constant.
It was Tottenham who continued to ask all the questions, and they felt that a penalty should have been awarded when Kane went down under a clumsy challenge from Gomes just a few minutes into the half.
Referee Roger East adjudged that the in-form forward went down a little too easily, though, with the calls from home supporters quickly being waved away by the man in the middle.
A further blow was to come for Watford prior to the hour mark as Miguel Britos was withdrawn after picking up a knock, meaning that all three alterations had been used by Flores early on.
Despite having the wind in their sails, it was continuing to be a frustrating afternoon for a Spurs side boasting an impressive scoring run of late, which led to the arrival of Dele Alli 27 minutes from time.
The England international had been left out by Mauricio Pochettino from the start after being withdrawn against Norwich due to dizziness, but it took him just a matter of seconds to make a difference.
Dembele held up the ball well and played Alli in, before the hot prospect delivered a sweet outside-of-the-boot cross for Trippier – perhaps the game’s key figure down the right up until that point – to smash home at the back post.
That made it six goals and five assists in his last 14 Premier League for Alli, and it proved to be the one telling piece of quality in the match as Spurs held out for a fourth league win on the bounce for the first time in two years.
Christian Eriksen and substitute Son Heung-min could have added the icing to the cake, while Davies again came close to a rare goal of his own, but Spurs supporters will not be all that concerned as they look forward to a crucial fixture away at Man City next weekend.
For Watford, on the other hand, their indifferent start to 2016 goes on as they drop down to 10th place in the league table.