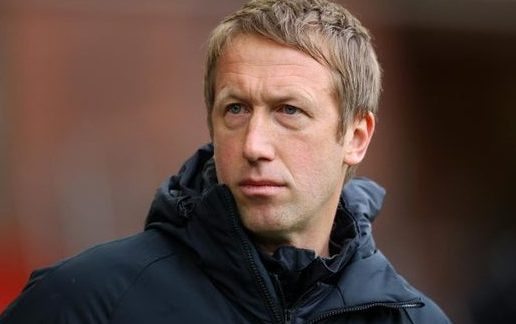 Still seeking their first away victory of the campaign, basement club Burnley will travel to the Amex Stadium to face Brighton & Hove Albion in the Premier League today.

The Seagulls, meanwhile, have won only one of their last eight top-flight home matches, and are yet to claim maximum points in front of their own fans in 2022.

Brighton’s seven-game unbeaten league run came to an end on Tuesday night when they were beaten 2-0 away at Manchester United.

After a goalless first half, in which the Seagulls had the upper hand, Cristiano Ronaldo broke the deadlock six minutes after the break, before Lewis Dunk was dismissed three minutes later for denying a clear goal-scoring opportunity for Anthony Elanga.

Bruno Fernandes then wrapped up the three points for the hosts in added time, condemning the visitors to just their fifth league defeat of the season.

Graham Potter’s men remain in the top half of the Premier League, sitting in ninth place and only four points behind Wolverhampton Wanderers in seventh, who currently occupy the final European spot.

Brighton have established a reputation as draw specialists this season, with 12 already to their name – more than any other team in the division – but their first of seven victories this season came at Turf Moor against Burnley back in August, with Neal Maupay and Alexis Mac Allister scoring in the final 20 minutes to help the Seagulls win 2-1.

Eight of the last 12 league games between Brighton and Burnley have finished level, but Potter’s men will be hoping to complete their first league double over the Clarets since the 2012-13 Championship campaign.

Burnley extended their unwanted run without a Premier League win to 11 games when they suffered a narrow 1-0 defeat at home against Liverpool last weekend.

A close-range tap in from Fabinho on the stroke of half time was enough to separate the two teams and condemn the Clarets to their ninth league defeat this term.

Sean Dyche’s side remain at the foot of the table, with only one win from their 21 league matches, and they sit seven points adrift from safety, albeit with at least two games in hand on the three teams above them.

Plenty of positives can be taken from the two draws played out against both Arsenal and Manchester United in recent weeks, but with the likes of Newcastle United, Everton and Norwich City all turning a corner, Dyche’s men will soon need to turn those individual points into three if they are to keep pace and potentially leapfrog their relegation rivals.

Burnley are one of only two teams in the top four tiers of English football without a league win away from home this season, along with Championship outfit Barnsley.

The Clarets have accumulated just five points from a possible 33 available on the road this season, which is the lowest of any team in the top flight, but having claimed eight points from their last five league visits to the Amex Stadium – including four draws and one win – Dyche’s side will be confident of success this weekend.