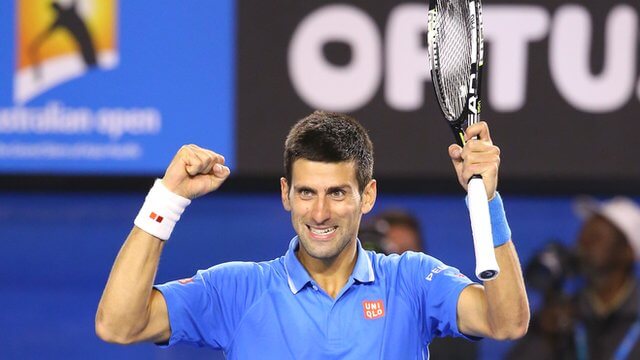 Share
Facebook Twitter LinkedIn Pinterest Email
Novak Djokovic has won the Paris Masters title for the fourth time in his career, beating Andy Murray 6-2 6-4 in the final.
Murray, who was in the final of the event for the first time, fell behind early on with a sloppy service game early in the first set, handing Djokovic a break just three games into the contest.
The world number one pushed the Scot hard his his next service game, but Murray saved three break points to keep himself in the opener, before dropping service again next time around, allowing the Serb to serve it out in the next game.
Murray appeared to be in trouble again early in the second set as the world number one tried to quickly wrap it up, but Murray saved a break point.
Djokovic did edge ahead in the third game of the set, as he had in the first, but Murray dug deep to level in the set, making a series of testing returns to bring up his first break point of the match, converting at the first time of asking.
It did not take the top seed long to regain control though, getting the better of his opponent’s serve again three games later, following it up with a comfortable hold to leave himself just a game short of the title.
Murray held serve comfortably for just the second time in the match to force Djokovic to try to serve it out, but the Serb held his nerve to claim the title for a third consecutive year, having first claimed the title in 2009.
Novak Djokovic Paris Masters
Share. Facebook Twitter Pinterest LinkedIn Tumblr Email