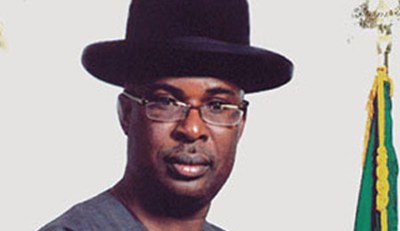 A loyalist of former Governor Timipre Sylva of Bayelsa State, Tonye Okio, has initiated an action at the Yenagoa High Court challenging his continued unlawful detention by the state Commissioner of Police at the instance of the state Governor, Seriake Dickson.
Hearing has been fixed for November 6, 2013 in the suit with no KHC/24/2013.
Okio was whisked away from Abuja to Yenagoa by the police last week and has since been held in detention at the State Criminal Investigation Department.
His arrest and detention is sequel to a criminal complaint lodged at the office of the state Commissioner of Police by Dickson that Okio had defamed him by putting out a publication on Facebook that a governor in the South South region was arrested abroad for money laundering.
Determined to regain his freedom, Okio briefed his lawyers, D.D. Fiderikumo and Co, to file for the enforcement of his fundamental rights and therefore his consequent release by the police.
Okio wants the court to declare that his arrest and detention is contrary to Section 35 of the 1999 Constitution of the Federal Republic of Nigeria.
He also wants the court to declare that his said arrest and detention on the basis of a publication on his Facebook account was a brazen violation of his fundamental rights.
He also prayed the court to rule that the physical and mental torture he has been subjected to amounted to a denial of his right to dignity.
Accordingly, he has asked the court to award him N2.2 billion in exemplary and general damages.
In an affidavit in support of the application, sworn to by Tonyo Murphy Biriabebe, one of the counsels to Tonye Okio, the applicant held among others that:
1) On Saturday, 26 October 2013, some officers and men of the Bayelsa State Command of the Nigerian Police arrested him while he was in his house in Abuja and whisked him away to their office in Yenagoa and have detained him;
2) The policemen refused to disclose to him their reason for the arrest but simply informed him that they were from the Bayelsa State Command of the Nigeria Police and that he was needed by Governor Dickson and the State Police Commissioner;
3) He was taken to Yenagoa by road, bound feet to hands with cuffs and blindfolded throughout the journey from Abuja to Yenagoa;
4) He was beaten and tortured by the policemen who openly boasted that they will kill him and do away with his corpse for daring Governor Seriake Dickson who had instructed them to do to him as it pleases them;
5) He was so afraid of being killed by the policemen in the course of the dark journey as the words and actions of his captors were mutually reinforcing to the extent that he even urinated on his clothes in the process;
6) It was in Yenagoa that he was informed by the policemen that his arrest and detention are on account of a statement made on his Facebook account which reads: “A SITTING GOVERNOR FROM THE SOUTH SOUTH HAS BEEN ARRESTED ABROAD WITH 5 MILLION USD CASH. EFFORTS ARE BEING MADE TO KILL THE CASE BUT I HEAR OGA-AT-THE-TOP HAS REFUSED TO BE INVOLVED. A FORMER SITTING GOVERNOR FROM THIS SAME STATE WAS INVOLVED IN A SIMILAR CASE SOME YEARS AGO”;
7) He has been in police detention on the orders of Governor Dickson since his arrest, and denied bail on the excuse that the police are investigating to determine a possible case against him;
8) There has not been any formal complaint against him for any wrongdoing;
9) There is no law criminalizing the making of the above statement as contained in his Facebook account, and same does not refer to any particular person.