President Muhammadu Buhari on Tuesday night hosted World leaders to a dinner and gala night ahead of Wednesday’s maiden edition of the country’s Democracy Day celebration. 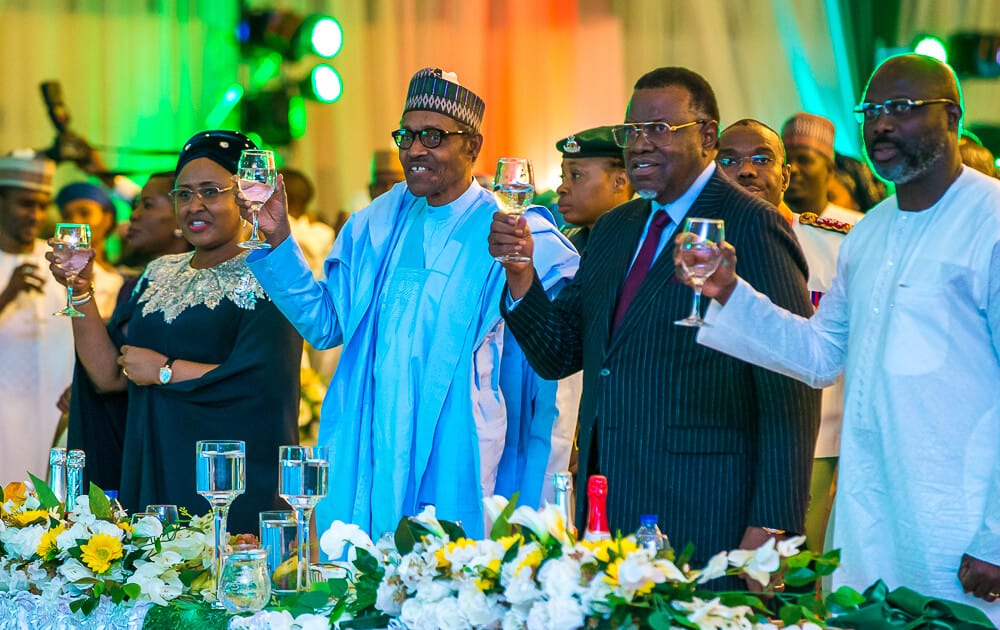 The News Agency of Nigeria reports that other dignitaries at the event, including State Governors, members and leadership of the newly inaugurated National Assembly, Diplomats, captains of industries, were treated to best of Nigerian cuisines and hospitality. 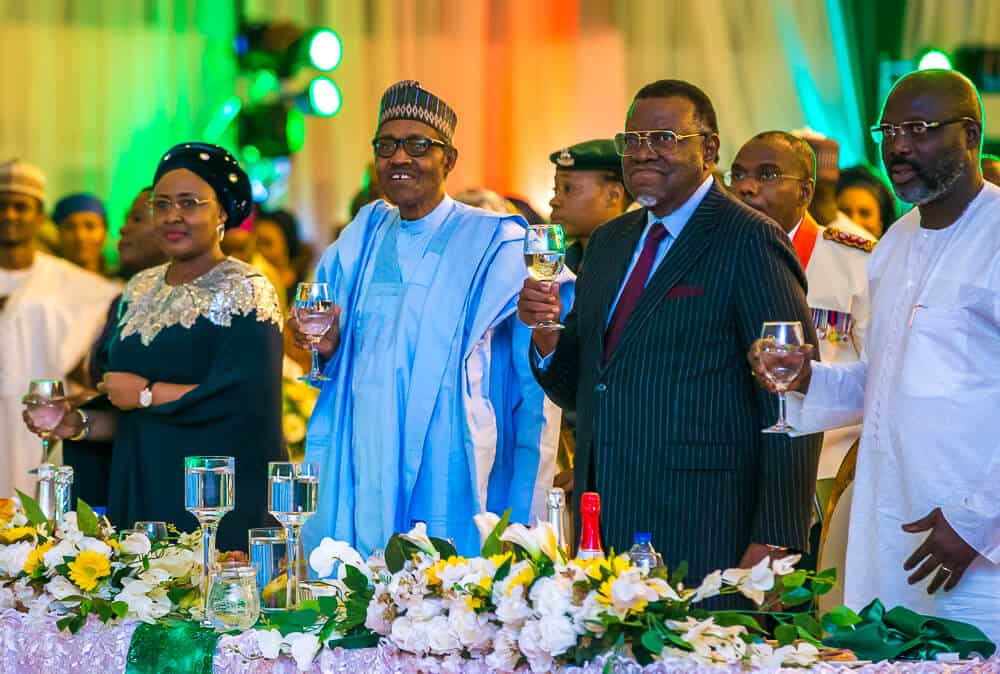 Speaking at the event, the President said his administration was ready to move the nation to the next level of prosperity, peace and stability.
”We will restore peace, justice and bring prosperity for all Nigerians,” he said. 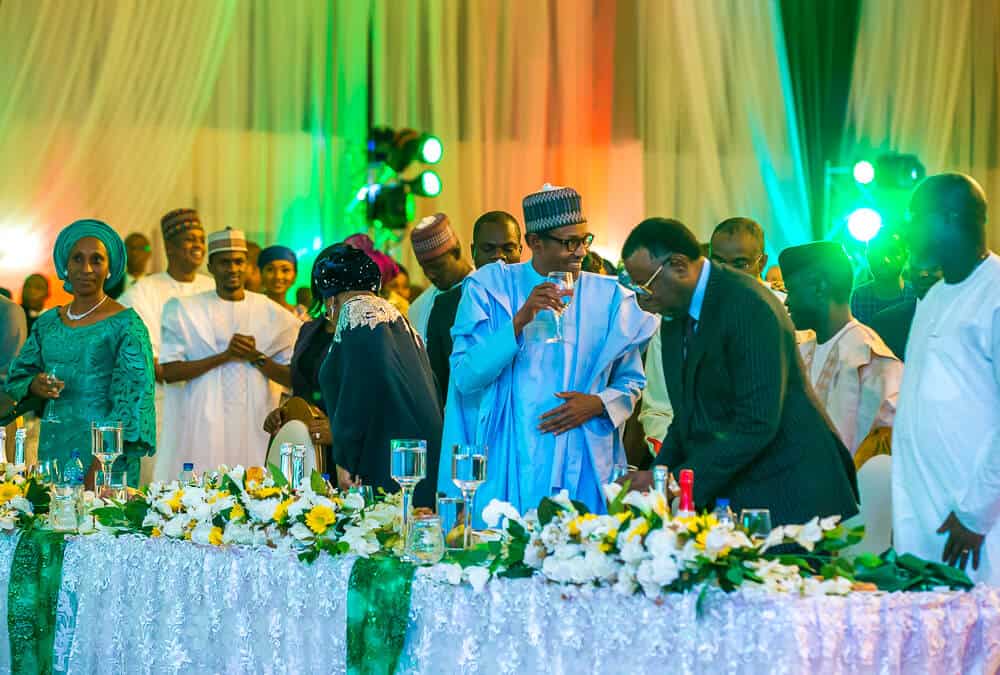 President Buhari, who narrated the history of June 12 general elections in1993 and the subsequent signing into law June 12 as public holiday every year, said the celebration was a recognition of the resilient of the Nigerian people. 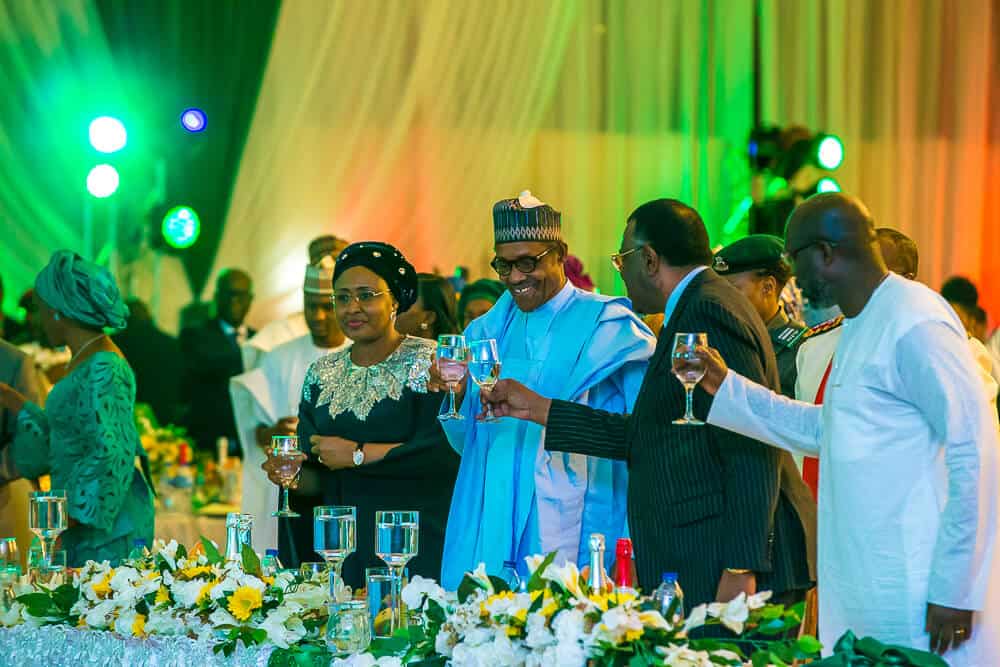 He thanked the visiting Heads of State and Presidents for honouring the nation’s invitation.
Earlier in his remarks, the Secretary of the Government of the Federation, Boss Mustapha, said the maiden celebration of Democracy Day on June 12 was unique and only coincided with the election of new leadership of the National Assembly. 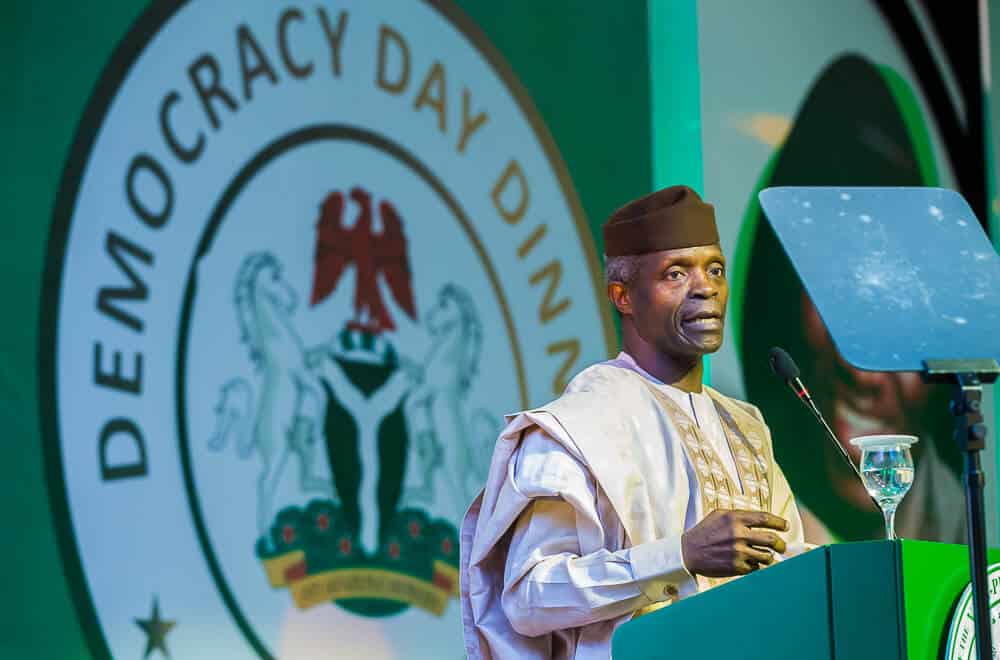 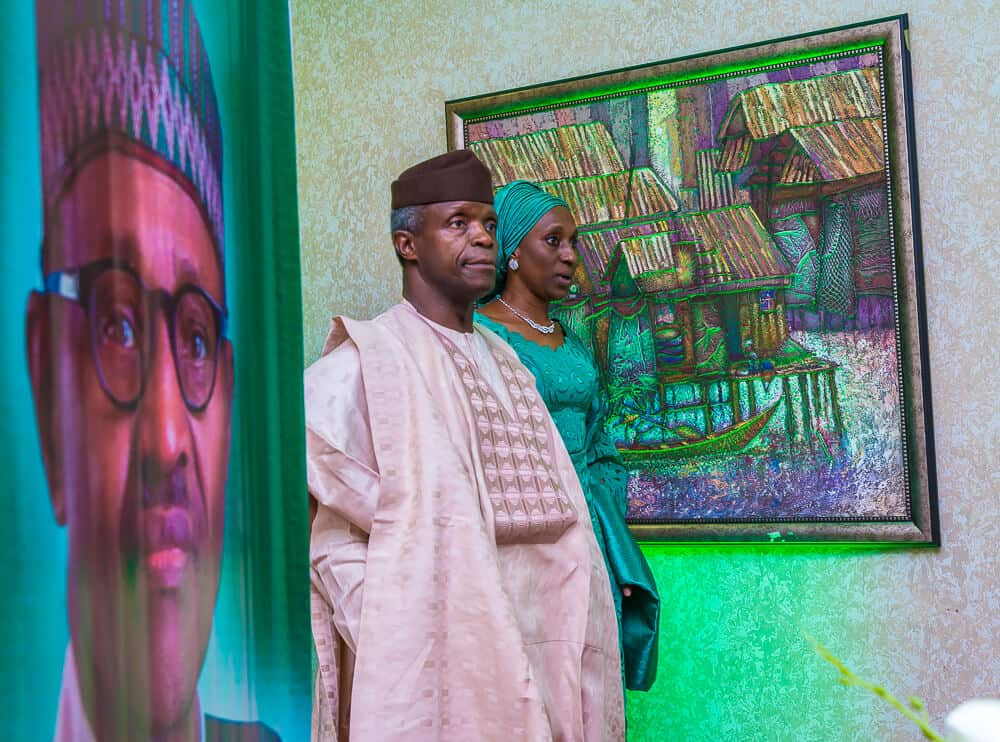 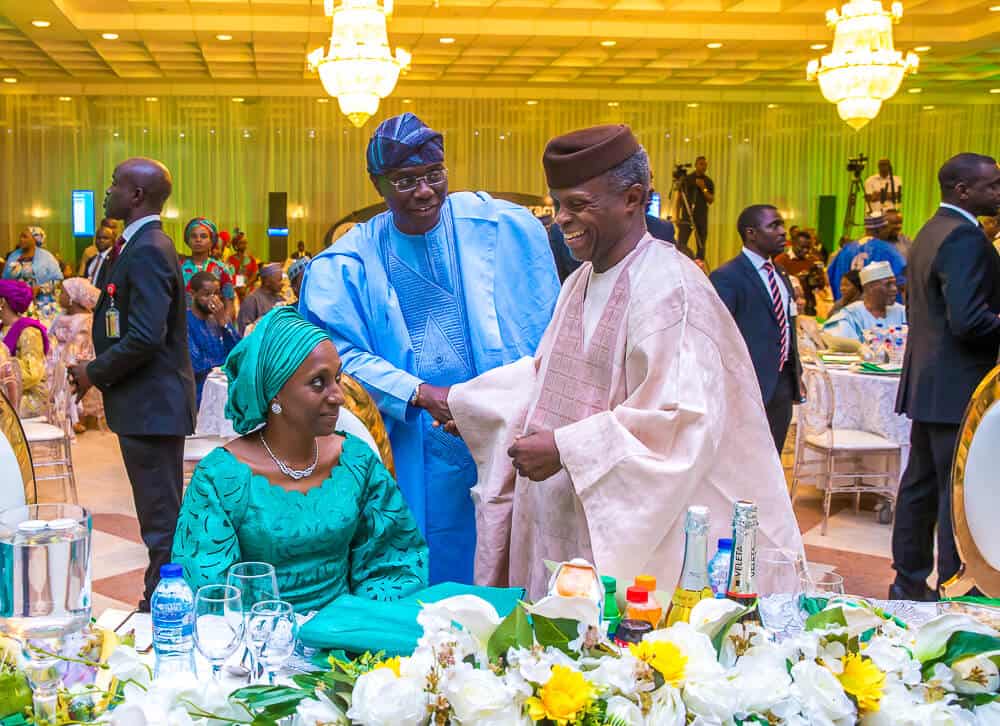 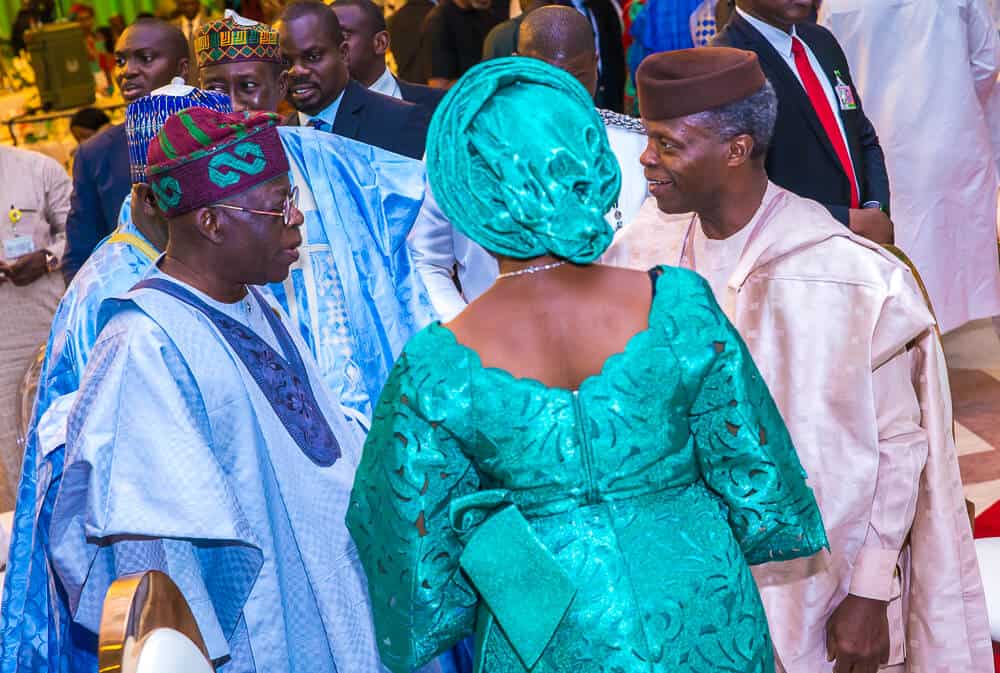 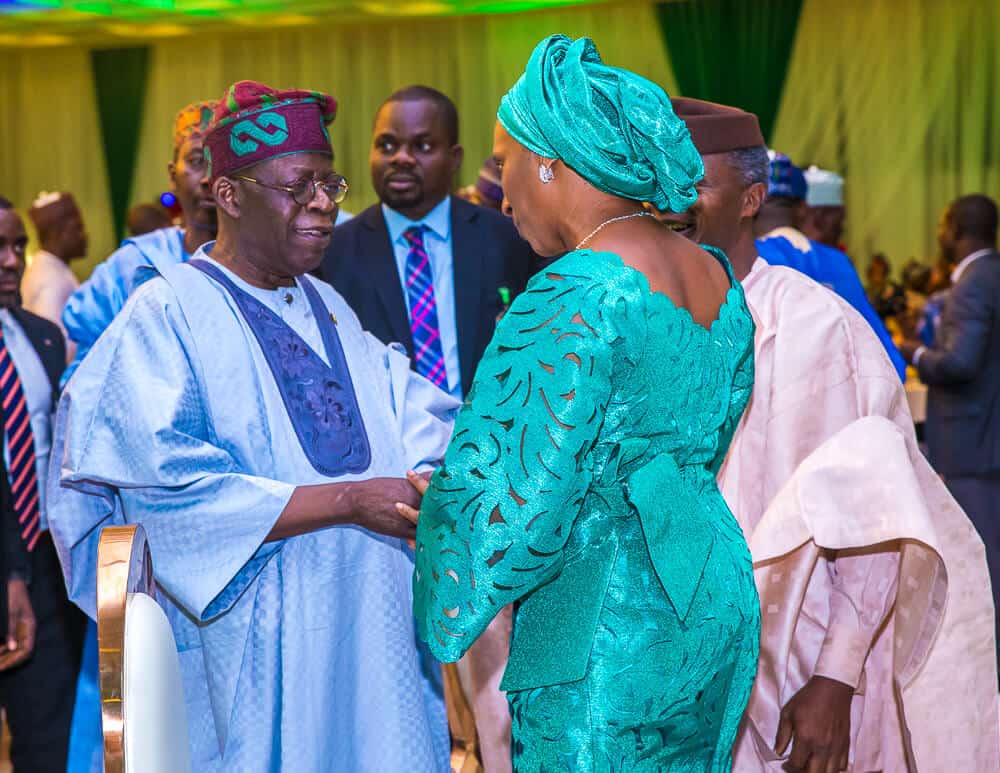 Highpoint of the event was a toast to the Federal Republic of Nigeria by Vice-President Osinbajo and unveiling of a photo book, tagged: “Being Buhari,” by the President. 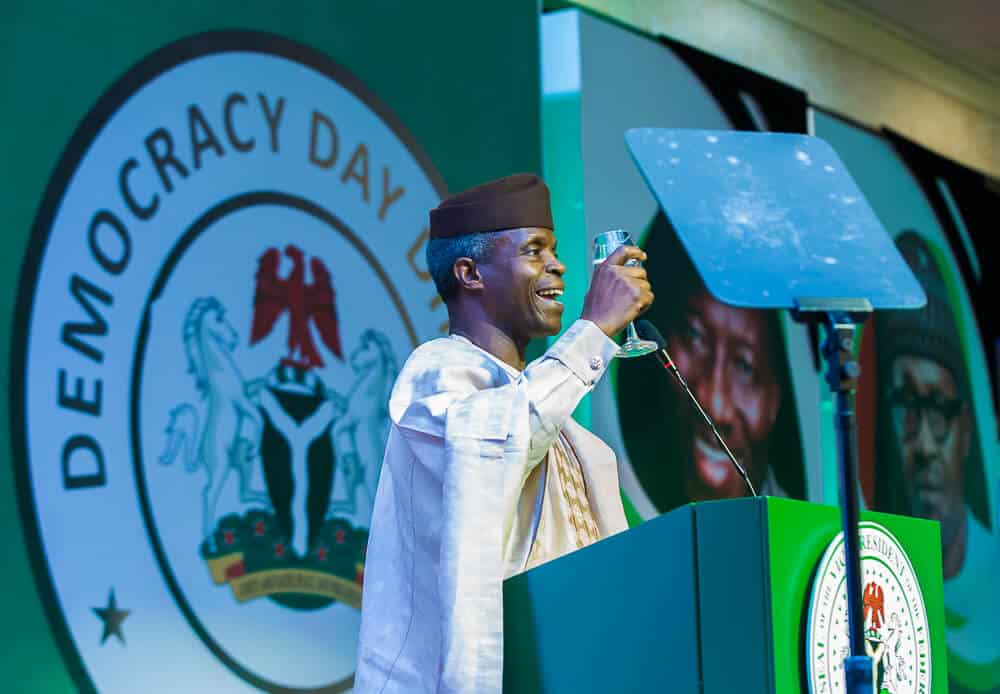 The ceremony, which was held at the State House Conference Center, Abuja, also featured music and cultural display showcasing the country’s diversity. 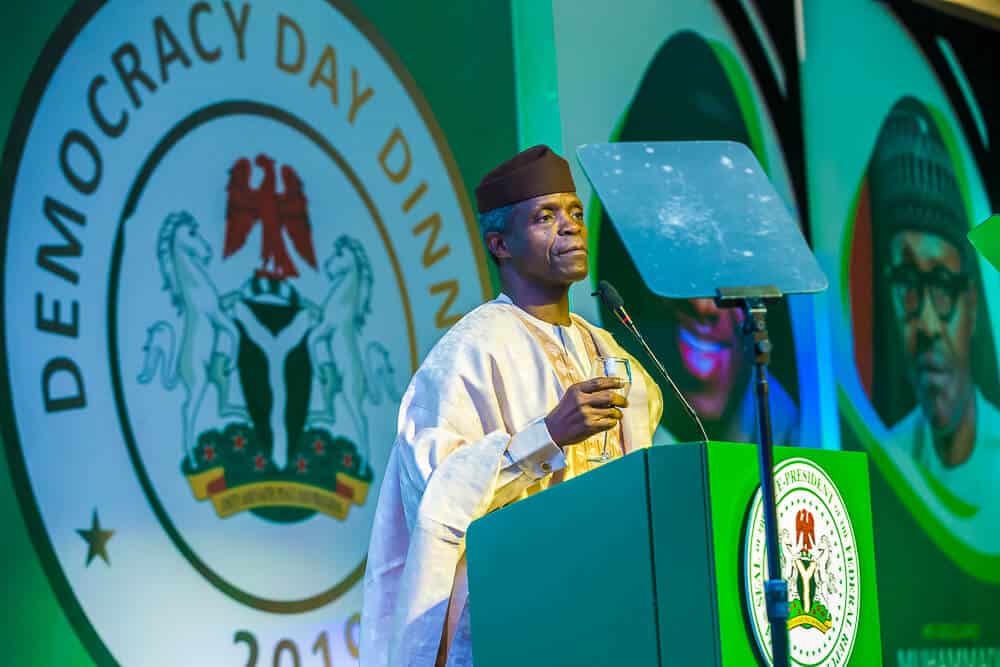 COVID-19: Nigeria has not reached peak of transmission — PTF

On Col. Umar’s letter to Buhari, by Femi Fani-Kayode

Rohr must win trophies, not just qualifying for tournaments – Akanni