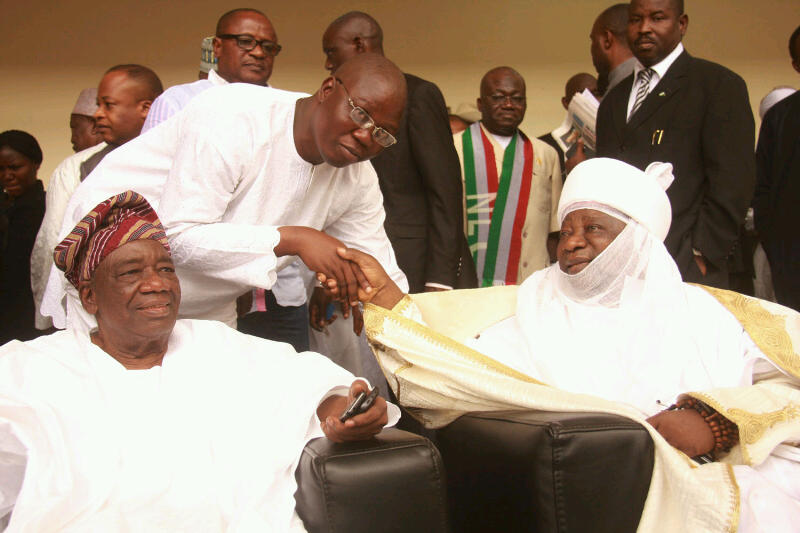 National Conference delegates have unanimously agreed that the office of the President should rotate between the North and South and that of governor should rotate among the three senatorial districts in each state of the country.
In addition, it was jubilation galore for Southern delegates at the Conference when the Conference overwhelmingly voted for creation of an additional state for the South East “in the spirit of reconciliation, equity and justice”.
Also, it was resolved that local government chairman not democratically elected would not be given any recognition by all authorities and would not be entitled to any revenue allocation from the Federation Account or the account of the state government or exercise any function.
The decisions of the Conference was sequel to the consideration of the report of the Conference Committee of Political Restructuring and Forms of Government, which was debated extensively by the Conference.
Also, where the President dies in office, is incapacitated, impeached or where he resigns, Conference agreed that the Vice President shall operate in acting capacity for a period of 90 days, during which an election to the same office would be conducted.
Furthermore, Conference also agreed that henceforth, the Minister of Finance and no longer the President as presently obtains, would present the annual budget to the National Assembly.
Again on local governments, delegates unanimously agreed to scrap the Joint State and Local Government Accounts, which is to be replaced with a State Revenue Mobilization, Allocation and Fiscal Commission.
On the proposal for separate constitution for each state of the Federation, delegates voted overwhelmingly for the proposal that each state of the federation should have its own constitution, which of course would be subservient to the Federal Constitution.