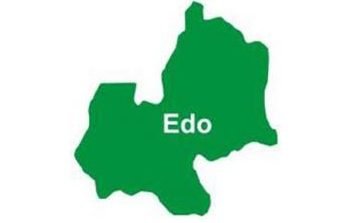 The Coalition of Civil Society Election Observers duly accredited for the Saturday Edo governorship election said that the Independent National Electoral Commission was unbiased in the conduct of the election.

Spokesperson for the group, Victor Kalu, who stated this while addressing newsmen in Benin on Monday, said to a large extent, INEC committed to getting electoral process right as a democratic nation.

“We are happy to observe that most of the perceived tension and fear the Edo will be submerged with electoral violence and other security breaches did not happen during the election.

“The law enforcement agents were duty conscious and performed their jobs dispassionately. They indeed saw the election job as national assignment and acted accordingly.

“The law enforcement agents and other designated government officials to the election abided by the terms of reference and status of the Constitution of the Federal Republic of Nigeria, before, during and after the election.’’

Kalu said INEC, political parties and stakeholders especially the civil society groups should engage more on voter education and mobilisation before every election to improve and encourage improved voter participation during election.

“We applaud all security agencies for their impressive professional conduct during the election; there was no record of intimidation and harassment due to overzealous interference.

“We wish to commend INEC for remaining resolute and committed to giving Edo and indeed Nigerians such a wonderful and all-acceptable election.

“We thank President Muhammadu Buhari for his fatherly disposition by not interfering in the election but remained true to his words of ensuring credible and transparent elections in Nigeria,” he said.

He added that the group also observed that the election was free, credible and transparent.

“The results should be accepted by all as a true reflection of the will of the people of the state.’’