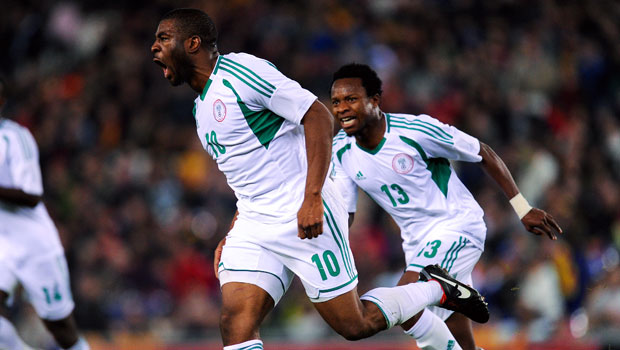 Injured Nigeria’s striker, Bright Dike, has revealed that he is close to returning back to action after a successful rehabilitation in the United States of America.
The Portland Timber forward informed that his rehab is going on according to plans as he will start running in two weeks time.
Dike, who played himself into the heart of Nigerian football fans with a fantastic goal for the Super Eagles in a friendly match against Catalonia, maintained that he has been following medics’ instruction on his rehab and hopes to be better on his return.
“My rehab has been good. It has been going according to plan. I have been riding bicycle for a while now and I should be running in two weeks time,” Dike said.
The Portland Timber striker also informed that the Super Eagles handler, Stephen Keshi, and his assistant, Daniel Amokachi, have been in touch with him since he sustained the injury.
Dike sustained the injury in a pre-season game against Seattle Sounders on February 5.