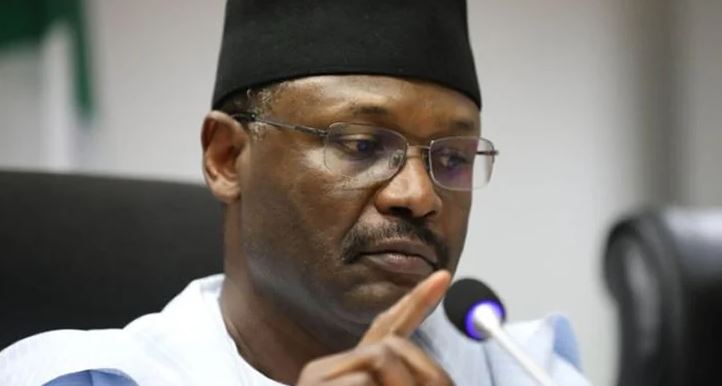 The organization announced the ultimatum Sunday in a statement signed by its Deputy Director, Kolawole Oluwadare .

SERAP in the statement also urged INEC to “promptly and effectively prosecute those arrested and bring to justice anyone who sponsored, aided and abetted them.”

In the letter dated June 18 2022 and signed by Oluwadare, the organization said: “Corruption of the ballot box intrudes on the freedom of Nigerian voters to make up their own minds. Vote buying and other forms of electoral corruption freeze out the less wealthy candidates and parties.”

It said, “Wealthy candidates and their sponsors ought not to be allowed to profit from their crimes. We are concerned that impunity for vote buying and electoral bribery is widely prevalent in Nigeria, as perpetrators are rarely brought to justice.”

According to SERAP, “If voting is as important as INEC always claims it is, now is the time to end the buying of democracy by wealthy politicians and their sponsors.”

The letter, read in part: “Vote buying encourages poor governance and weakens citizens’ capacity to hold their ‘elected officials’ accountable for their actions.”

“When political candidates or their sponsors decide to buy the support of the people rather than contest fairly for their votes, there are possibilities that such candidates and sponsors will show a disregard for democratic rules and a disposition to adopt illegal means becomes inevitable.”

“Vote buying is entirely an act of election malpractice connected with vested interest since an election can be said to be free and fair when it is devoid of vote buying, ballot snatching, and intimidation.”

“Your commitment to these issues will demonstrate to the voters that INEC is ready, willing and able to combat vote buying and electoral bribery and reassure Nigerians that INEC will do everything within its mandates to ensure that the 2023 general elections are not tainted by corruption.”

“Ending impunity for vote-buying, undue influence, ballot snatching, intimidation, and other electoral malpractices would contribute to free and fair elections and show that INEC would not tolerate these illegal practices during the 2023 general elections.”

“There are reports of a brazen pattern of vote-buying and electoral bribery in several polling units during the just concluded Ekiti governorship election. There are reports of bargaining prices for votes and payments made in uncompleted buildings and bags of foodstuff being shared after votes have been cast.”

“Acting swiftly to address the brazen impunity and reports of vote-buying and electoral bribery and other electoral offences during the Ekiti state governorship election would also send a strong message to politicians that INEC under your watch would not tolerate such practices during the 2023 general elections.”

“SERAP is concerned that the failure of INEC to rein in vote buying, electoral bribery and intimidation is illustrated by the fact that the body has not seriously addressed similar incidents in previous elections.”

“Vote buying and electoral bribery is a threat to fair and representative elections. Vote buying amounts to undue influence and improper electoral influence.”

“By engaging in vote buying and electoral bribery in so blatant a fashion, the politicians involved and their sponsors have clearly influenced voters to vote for him, contrary to the Electoral Act, thus raising serious questions about the legitimacy and validity of the election.”

“One of the people’s most sacred rights is the right to vote. INEC has a constitutional and statutory responsibility to ensure the effective exercise of the right of all eligible voters to participate in their own government in free and fair elections.”

“Preventing and combating vote buying and electoral bribery would advance the people’s right to vote and to participate in their own government, as well as bolster the ability of INEC to discharge its constitutional and statutory mandates effectively and satisfactorily.”

“Many years of allegations of vote-buying, undue influence, ballot snatching, intimidation, and other electoral malpractices, as well as entrenched impunity of perpetrators have undermined public confidence in the electoral process.”

“Prosecuting allegations of vote-buying, undue influence, ballot snatching, intimidation, and other electoral malpractices during the Ekiti state governorship election would be entirely consistent with the Nigerian Constitution, the Electoral Act, and the country’s international human rights anti-corruption obligations.”

“Prosecuting those that have been arrested and identifying and arresting those who sponsored, aided and abetted them and bringing them to justice would act as a deterrent against vote buying and electoral bribery and other electoral malpractices and offences in the February 2023 general elections.”

“Agents of the three dominant political parties in the state, namely All Progressives Congress (APC), Peoples Democratic Party (PDP) and Social Democratic Party (SDP), were reportedly involved in buying votes across the state. According to reports, agents of the three parties in Ward 007, PU 001, Ado LGA offered voters as high as N10,000 in exchange for their votes.”

“There are also several reports of ballot box snatching, including in polling units with codes 13/05/06/005 and 007 in Ilawe Ward IV, near St. Patrick’s School. In several voting units, party agents for the APC, PDP and SDP reportedly clustered around the voting cubicle and saw how voters marked their ballot papers.”

“Vote buying and electoral bribery, intimidation of voters, ballot snatching and other electoral malpractices and offences undermine the ability of INEC to discharge its responsibilities under Section 153 of the 1999 Constitution (as amended) and paragraph 15(a) of the third schedule of the Constitution, and the Electoral Act 2022.”

“The Nigerian Constitution provides in Section 14(1)(c) that, ‘the participation by the people in their government shall be ensured in accordance with the provisions of this Constitution.’”

“Section 145(2) of the Electoral Act provides that, ‘a prosecution under this Act shall be undertaken by legal officers of the Commission or any legal practitioner appointed by it.’ Under section 2(b), the commission ‘shall have power to promote knowledge of sound democratic election processes.’”

“We would be grateful if the recommended measures are taken within 7 days of the receipt and/or publication of this letter. If we have not heard from you by then, SERAP shall consider appropriate legal actions to compel INEC to comply with our request in the public interest.”