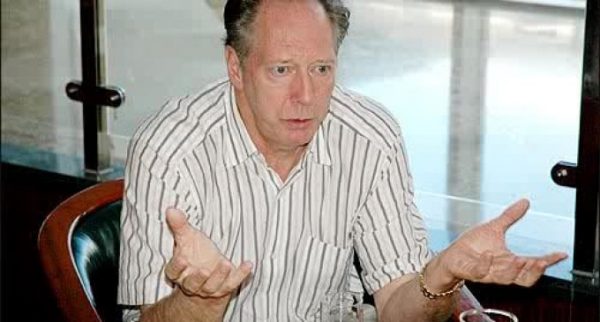 Bonfrere Johannes, popularly known as Bonfrere Jo, the former coach of the Super Eagles, has said they would want to re-enact the good memory of Nigeria’s gold medal win at the 1996 Atlanta Olympics in the United States of America.

Johannes spoke in Abuja on Thursday as several Nigerian former internationals gathered in a reunion.

He said they craved to remind Nigerians of those glory days and how it can be replicated in the present state of sports in the country, adding that the nation was capable of winning gold in all their events at the Tokyo 2020 Olympics.

He said: “We worked very hard in all our training sessions.

“They were not scared of the giant teams they were going to face.

“They defeated Brazil, Argentina who had a good set of players in their teams and we conquered them, because of the determination in each player.

“I told them before their games that you have the gold already in your hands.

“Are we ready to release it and they said no.

“That was the spirit that motivated them in their matches.

“They were not ready to release the gold to another country which made us to win the gold at the 1996 Atlanta Olympics.”

The former coach said from 1996 till date he had maintained a good relationship with all the players, explaining that there was no better or best players in the team as every player played his role well.

“Chikelu Iloenjosi, who is present here today, as a defender, he played a good role in his position.

“They were all good in their different roles as attackers, midfielders and defenders.

“I did not have a best player because they all did well in their different positions.”

The News Agency of Nigeria recalled how Nigeria competed at the 1996 Summer Olympics in Atlanta, United States and was surprise winner of the gold in football, overcoming world-class teams such as Brazil and finally Argentina along the way to victory.

Ex-international Iloenjosi said it was a privilege for coach Bonifrere to visit him, adding: “He was my coach when I was playing in the national team.

“We still keep in touch and have a good relationship.

“It is a privilege that he came to see me.

“We have a programme we are working on, entitled: ’As good as Gold,’ in the past 25 years.

“Although, many of us stopped football, we are still in touch with our coach.

“He is not only a coach, but he has been a father to us.”

He said: “The Governor of Lagos State has shown interest in the programme, though we still need the support of private organisations, philanthropists, lovers of football and sports generally to support this dream.

“We are celebrating the re-union of the players, which is in line with what Chikelu, aka the General, is doing, to ensure that we all stay together.

“We want to use this platform to inspire present and future generations of Nigerians that we can actually be gold, if we want and that is the Olympics story.

“We also want to let the youth (players/athletes) to realise that they can achieve things that seemed impossible.”