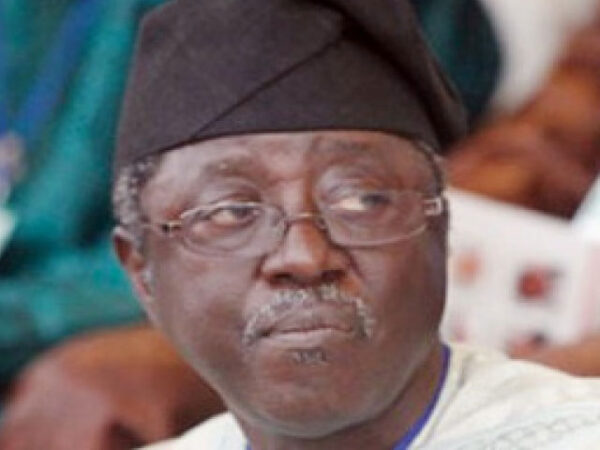 The Economic and Financial Crimes Commission on Monday re-arraigned former Governor of Plateau State, Senator Jonah Jang, and a Cashier in the Office of the Secretary to the State Government, Yusuf Pam, on alleged N6.3 billion fraud.
Jang and Pam were first arraigned in June 2018 on 17 count charge bothering on misappropriation of funds, criminal breach of trust and corrupt advantages.
The anti-graft agency said the offence contravened the provisions of sections 315, 309, 19 and 22(5) of the Penal Code Law and Corrupt Practices Act 2004 (as amended).
In 2018, Justice Daniel Longji, in his last sitting on the bench on December 29, 2019, dismissed the defendants’ no-case-submission, holding that they had a case to answer.
The Chief Judge of the State, Justice Yakubu Dakwak, subsequently reassigned the case to Justice Christy Dabup of Court IV for continuation of trial.
At the resumed hearing on Monday before Justice Dabup, EFCC’s Counsel, A.O. Otolade, applied for the fresh arraignment of the two defendants since the case was starting de-no-vo (afresh).
Otolade said: “I urge your lordship to permit us, the prosecution, read the charges to the accused for them to take their pleas.”
When the charges were read to the defendants, they pleaded not guilty.
Otolade then applied for an adjournment to enable the prosecution prepare for its case against the defendants.
He said the prosecution would be calling about 15 witnesses to testify.
But Jang’s lawyer, Edward Pwajok (SAN), opposed the application for adjournment and pleaded with the court to allow the bail earlier granted his clients on May 24, 2018 to continue.
Pwajok said: “My lord, we wish to humbly apply orally that bail be granted the accused persons as earlier granted to them on May 24, 2018 as well as maintain the bail bonds.
“The sureties who took them on bail are still willing to stand for them till the conclusion of this matter before your lordship.”
Sunday Odeh, Counsel to Pam, concurred with Pwajok’s plea.
While the EFCC counsel did not object to their pleas, he, however, urged the court to order the sureties to produce affidavits to show that they were still standing for the defendants.
Justice Dabup, however, granted the bail application and adjourned the case until May 26, 27 and 28 for definite hearing of the case.
She ordered the sureties to provide affidavits to the court within four days to show that they were still standing for the defendants.