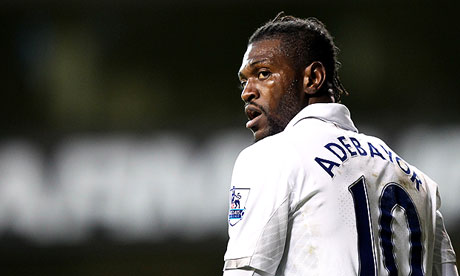 Holders Ivory Coast started their Africa Cup of Nations defence with a disappointing 0-0 draw against Togo on Monday.
Ivory Coast struggled to get going in the opening 45 minutes, though, and Togo arguably had the better chances before the break, with Mathieu Dossevi in particular coming close.
The holders improved somewhat in the second half and looked dangerous via Zaha, but they failed to break down the Togo defence and had to settle for a point.
Ivory Coast meet DR Congo on Friday in their second group game, while Togo take on Morocco.
The Elephants created the first clear-cut chance when Jonathan Kodjia could only aim a toe-poked shot straight at goalkeeper Kossi Agassa with Togo defender Serge Gakpe doing just enough to put the Aston Villa forward off with a last-ditch tackle.
Togo could have gone a goal up midway through the first half as Adebayor set up Kodjo Fo-Doh Laba with an intelligent backheel, only for the attacker to shoot wide from inside the area after being hindered by teammate, Floyd Ayite.
Le Roy’s men threatened again soon afterwards when Ihlas Bebou sent Dossevi clean through on goal, keeper Sylvain Gbohouo doing a fine job to rush off his line and claim the ball.
The reigning champions made an encouraging start to the second half and Zaha was unfortunate to see his powerful shot after a corner routine sail over the crossbar, before Salomon Kalou narrowly missed the target with a free kick from 20 yards out.
Michel Dussuyer brought on Wilfried Bony for Zaha in an attempt to force a winner, but they almost went 1-0 down when Bebou sent in a superb cross for Laba, the attacker somehow failing to get his header on target from close range.
Both sides had half chances to steal the win in the closing stages, Aurier in particular going close with a fine header that went narrowly wide to sum up an ultimately frustrating encounter for the holders.