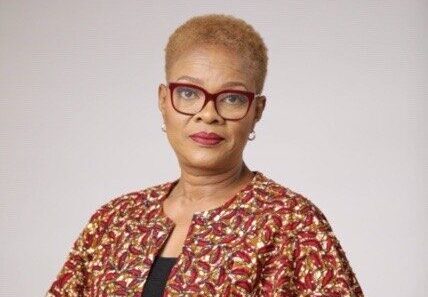 With only a few hours left till the pan-African premiere of Ultimate Love, MultiChoice Nigeria has announced that veteran broadcaster, Adesuwa Onyenokwe, will play the role of Aunty, a central character on its latest reality TV show, which premieres on February 9 at 7:30pm WAT on DStv and GOtv.
Onyenokwe is the Editor-in-Chief of TW magazine, a lifestyle magazine for women and the host of the TV show: “TW Conversations,” on Africa Magic.
Her vast experience as a broadcaster spans over 25 years where she has risen to become one of the respected voices in Nigeria’s broadcast industry.
A prominent and respected figure on topical issues like relationships, health and wellness, Onyenokwe will bring immense experience and knowledge acquired as a renowned broadcaster, businesswoman, cultural icon, mother and wife, to bear as ‘Aunty’ on the show.
She will also steer the singles in the right direction, grooming and coaching them on lessons to live by during and outside the competition.
“We are absolutely excited that Adesuwa Onyenokwe is part of the Ultimate Love family,” said Chief Executive Officer, MultiChoice Nigeria, John Ugbe.
He added: “She brings to bear years of experience as a seasoned professional with many achievements working first in national television before charting a new course as a media entrepreneur. Mrs. Onyenokwe has over the years successfully balanced an enviable career with her role as a wife and mother, and she will bring this amazing mix to her role as ‘Aunty’, ultimately serving as the anchor that the contestants need during their stay in the competition.”