AbdulRazaq salutes Olofa of Offa at 58 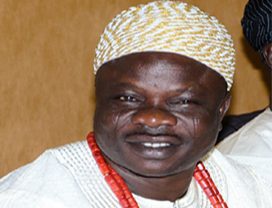 Governor AbdulRahman AbdulRazaq of Kwara has congratulated the Olofa of Offa, Oba Mufutau Gbadamosi on his 58th birthday anniversary.

AbdulRazaq in a statement by his Chief Press Secretary, Rafiu Ajakaye, in Ilorin on Tuesday, described Olofa’s reign as hugely impactful and goal-oriented for the Offa community and beyond.

“My felicitations go to His Royal Majesty, the Olofa of Offa on his 58th birthday anniversary today.

“May God Almighty grant His Royal Majesty good health and long life on the stool of his forbears.

“I join sons and daughters of Offa and the entire state to commend his statesmanship and personal investments in ensuring that his community continues to stand out for good things,” the governor said.

AbdulRazaq commended Olofa’s commitment to socio-cultural and economic growth of the people and support for the state government’s peace efforts.

The governor urged the first class traditional ruler to continue to lead the initiatives for development and peace in Offa.

“Posterity will judge you right as you continue to bring honour and class to the stool of your forebears,” the governor said.