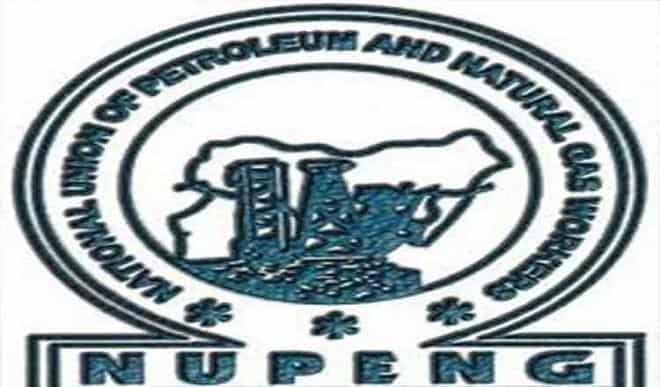 The Nigeria Union of Petroleum and Natural Gas Workers has appealed to the Lagos State Government to help in rehabilitation of the Bola Ahmed Tinubu Truck Park at Orile.
Tayo Aboyeji, Chairman, NUPENG Lagos, made the appeal in an interview with the News Agency of Nigeria in Lagos on Saturday.
Aboyeji said the development of the Orile Park would bring permanent solution to all traffic problems being experienced in the Apapa Port area and decongest the Apapa Wharf area.
NAN reports that President Muhammadu Buhari had issued a 72-hour ultimatum to truck drivers that parked along Apapa and other Lagos roads to vacate.
President Buhari noted that the directive would help in clearing the Apapa gridlock and help in restoring law and order to Apapa and its environs.
Aboyeji said: “NUPENG is absolutely in support of clean-up of Apapa gridlock.
“We equally support all the measures put in place by Presidential Taskforce to free Apapa gridlock.
“The park will contain about 6,000 trucks when completed in the ongoing rehabilitation by Lagos State Government.
“We (tanker drivers) have not been part of the problem but we shall cooperate with whatever measures are put in place by government.”
Aboyeji urged the Presidential Taskforce to disband all checkpoints initiated by security agents to allow free flow of traffic.
He said NUPENG would not condone any act of extortion from all illegal checkpoints on Apapa routes.
The notice issued by the President reads: “A Presidential directive has been issued for the immediate clearing up of the Apapa gridlock and the restoration of law and order to Apapa and its environs within two weeks.
“The directive mandates the immediate removal of all trucks from the bridges and roads within Apapa and all adjoining streets leading into the Apapa axis.
“To facilitate this important assignment, operators of trucks and tankers have also been directed to vacate the port access roads within the next 72 hours.
“The meeting proffered lasting solutions to the gridlock around the Lagos Ports, as the traffic congestion has continued to restrict all operations and livelihood in the area.”
A Presidential Taskforce, chaired by Vice President Yemi Osinbajo, was established to ensure the restoration of law and order to the area within two weeks.
The taskforce will report directly to the President and has included in its Terms of Reference the development of an efficient and effective management plan for the entire port area traffic.
The terms also include cargo, fuel distribution and business district traffic as well as enforcing the permanent removal of all stationary trucks on the highway.
Others include the development of an effective manual truck call-up system, pending the introduction of the electronic truck call-up system.
The implementation of a workable Empty Container Return and Export Container Truck Handling Policy, among others were also included.
NAN.