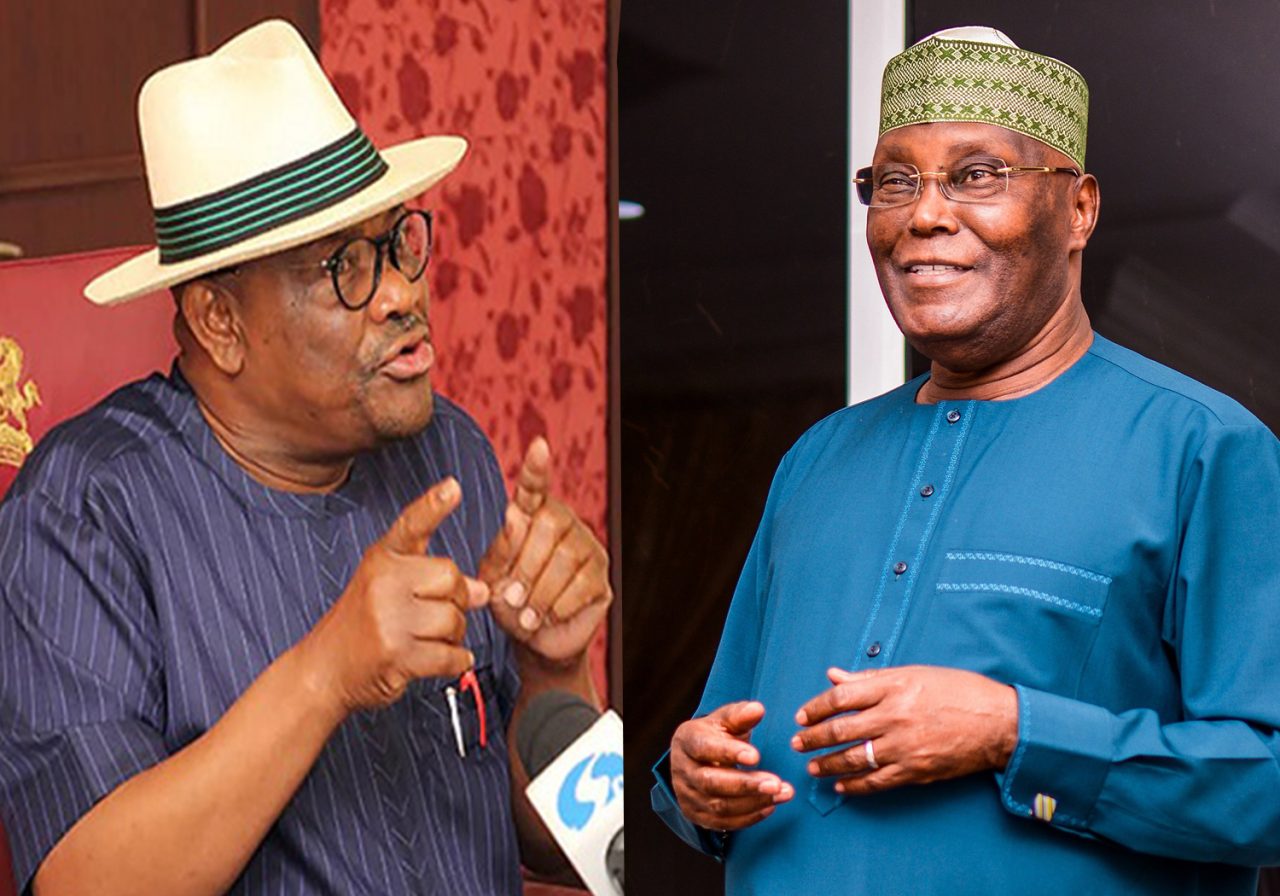 The presidential candidate of the Peoples Democratic Party for the 2023 elections in Nigeria, Atiku Abubakar, and the Rivers State Governor, Nyesom Wike, have met again one on one over their disagreement.

Recall that the former Vice President had flown to the United Kingdom to meet Wike who was holidaying some weeks back.

According to information available to The Eagle Online, the meeting between Abubakar and Wike took place on Thursday shortly after presidential candidate of the various political parties signed a peace accord.

The ceremony was superintended by former Military Head of State, General Abdulsalami Abubakar, who heads the National Peace Accord.

The Eagle Online was told that the former Vice President went straight to the Rivers Governor’s Lodge in Asokoro, Abuja, where the meeting took place.

According to an insider, it was a short meeting that did not last more than 15 minutes.

The Eagle Online was told that while Abubakar pleaded for support from Wike, the Rivers State helmsman demanded for assurances of protection after leaving office and the integration of his supporters into government, if the former vice president wins the presidential election.

Abubakar was said to have told Wike to plead with those in his camp that left the PDP Presidential Campaign Council to return.

He said winning the election should be the major focus.

Wike sought for assurances from Abubakar that his interest would be protected after he leaves office as the Rivers State Governor.

Both sides were said to have made concessions before the meeting ended.