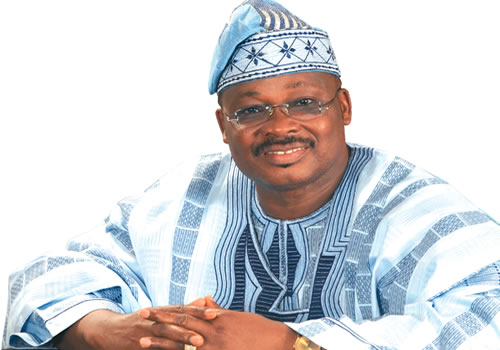 Ajimobi gave the advice on Tuesday during the annual distribution of Zakat by the Elders Consultative Forum of Supreme Council for Shariah in Nigeria, Oyo State chapter in Ibadan.
The governor, who was represented at the event by AbdulJelil Busari, Permanent Secretary, Oyo State Teaching Service Commission, said Zakat was considered by Muslims as an act of piety through which one expresses concern for the well-being of fellow Muslims.
Ajimobi called on the Muslims and groups to address the effective, efficient collection and management of Zakat fund.
He urged the Forum to ensure that Muslims that have access to Zakat fund and other items are the poor and are managed in a sustainable way so that the benefits can be adequately rewarded by God.
In his contribution, the Minister of Communication, Adebayo Shittu, said that poverty was too rampant among the Muslims because the rich among them were not paying Zakat.
Shittu said he was planning a poverty alleviation programme, which was not politically motivated, but aimed at assisting the less-privileged and would be done purposely for the sake of Allah. He promised to donate 10 boreholes to the Forum and urged them to ensure that they were equitably distributed in areas where they were in dire need of water.
The Minister called on Nigerians to pray for the success of President Muhammadu Buhari administration in order to deliver the dividends of democracy.
Earlier, the Chairman of the Forum, Alhaji Lasun Sanusi (SAN), said it had so far distributed cash and items worth about N10 million of Zakat to about 400 indigent Muslims in the State. Sanusi said during the latest distribution in Ibadan that money and other items like sewing machines, electrical generating sets worth two million naira were given to 82 indigents from Oyo state .
He called on the beneficiaries not to sell the items but use it in a way that would be beneficial to them in future.
He called on the Muslims to embrace the payment of Zakat for the betterment of the Muslim Ummah and the society at large. He said the little Zakat given to the less privileged was geared towards alleviating poverty in the society and empower those in dire need. The legal luminary said the Zakat was to assist those who were ill in their hospital bill, empowerment, purchase of equipment and to help the indigent students. Sanusi, who appealed to well to do in the society to contribute to the Zakat fund, said the efforts were aimed at redistributing wealth in line with Islamic Injunction. He attributed the prevalence of poverty in the society to the lip service of Muslims to Zakah payment as one of the pillars of Islam.
He said that Zakat was one of the five obligatory pillars of Islam and paying it was as obligatory as observance of five daily prayers.
He reiterated that there was no one pillar of Islam that was an alternative to the other as “rejecting or abandoning one of the pillars of Islam is like rejecting Islamic faith in its totality.
“The only way any individual Muslim can lay claim to being a true adherent of Islam is to strive at all time to observe all the requirements of all the five pillars of Islam. “It was observed that Zakat as a pillar of Islam is not taken seriously and this informed the sensitisation on the need to pay zakat.”
One of the beneficiaries of the Zakat distribution, Ridwan Olalekan, who spoke on behalf of others, promised to make judicious use of the items.
Olalekan commended the organisers of the programme and also prayed for them.
In attendance at the occasion were Alhaji Lateef Oyelade, Asiwaju Musulumi of Oyo State; Alhaji Kunle Sanni, Chairman Muslim Community of Oyo State; Prof. Lukman Akinbile, chairman of the occasion; Muslim women; and the Hausa Community.