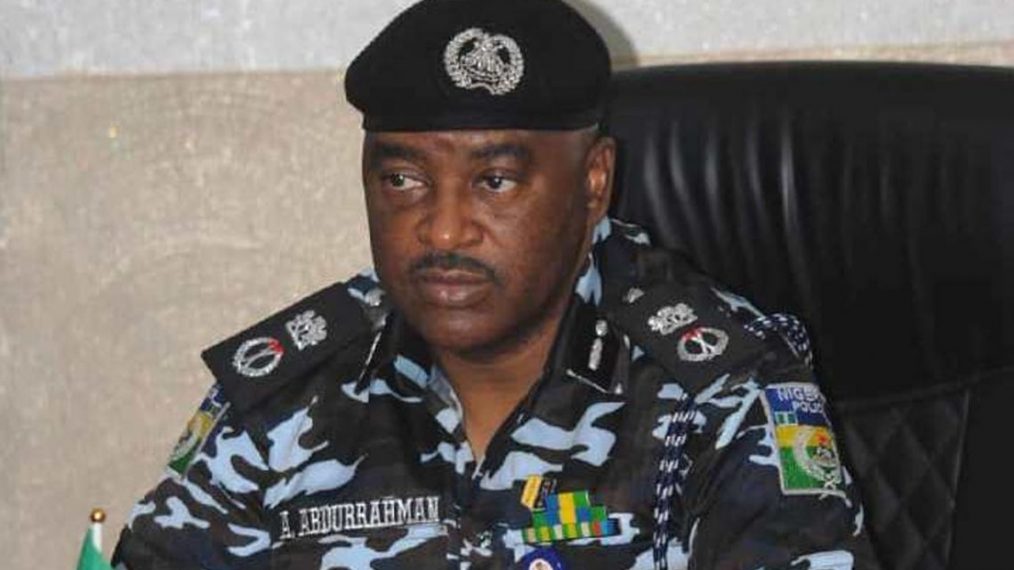 The Enugu State Police Command said it lost two police officers, who were allegedly murdered by hoodlums during the violence that trailed the peaceful #EndSARS protest in the state.

The Commissioner of Police, Ahmad Abdurrahman, said this on Wednesday when he paraded before newsmen 23 suspects arrested for their alleged roles in the violence.

Abdurrahman said the command recovered 13 machetes, a bag containing 36 mobile phones, some materials suspected to be charms, an iron with the shape of a gun and N26,175 cash from the suspects.

He said the suspects were arrested in different parts of Enugu metropolis during the protest.

He added: “They were arrested for alleged riotous acts, murder, arson, armed robbery, malicious damage, stealing, obstruction and breach of public peace, amongst other violent crimes.

He regretted that the protest, which was initially peaceful, turned violent when hoodlums allegedly hijacked it on October 21.

He accused the hoodlums of causing havoc of unimaginable proportion by destroying public and private facilities within the metropolis.

The police boss also alleged that the hoodlums burnt down police stations and property.

Abdurrahman said: “Emene Police Station was razed down along with two operational Hilux Vans and other vehicles and exhibits.

He said the hoodlums also torched the newly-built Nigeria Immigration Service office complex at Emene and stole its office equipment.

“The University of Nigeria, Enugu Campus’ security house was vandalised.”

He said the hoodlums also vandalised some banks and business premises in the area.

Abdurrahman said the command was ready to carry out the directives of the Inspector-General of Police, Mohammed Adamu, to reclaim public space and restore normalcy.

He said: “I have directed all Area Commanders, Divisional Police Officers, Heads of Tactical and Operational Departments to comply with and enforce the directive to the letter.

“I wish to appreciate the peaceful residents, who have supported us, and urge the youths to remain law-abiding and support the command.

“There is no doubt that as a people, we have gone through unquantifiable stress and trauma these past few days.

“But I urge us all to remain calm, vigilant, prayerful and ensure we do not allow these disgruntled and criminal elements to further wreak havoc.”

The police chief urged parents to restrain their children and wards from engaging in acts of violence and wanton destruction of lives and property.

“Anyone caught will certainly face the full weight of the law,” Abdurrahman said.

Woman in court for alleged stealing of N6.95m school fund