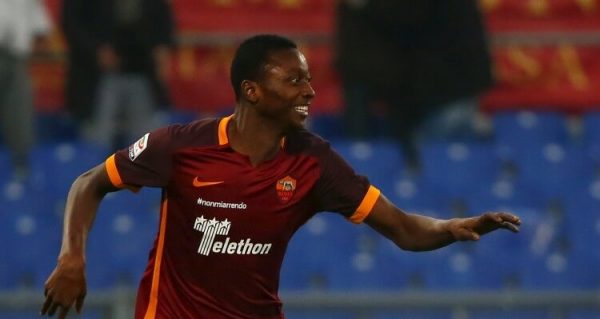 Umar Sadiq has credited Almeria manager Rubi with helping him improve his game, but he insists there is still more work to do.

Having bounced around numerous loan spells whilst with Roma, the Nigeria forward has finally found a home in Andalusia after joining from Partizan in 2020.

Sadiq scored 20 goals in the Segunda Division last season and already has 15 from 27 appearances so far this term.

And the 25-year-old has explained how Rubi has helped transform his career.

“He has helped me a lot to grow as a player,” Sadiq told TribalFootball.com.

“He shows me the way to be at my best and he works on me a lot, making me strong mentally and being able to play to the tactical formations deployed for any game.

“He has made me improve my game and I hope to continue improving.”

Los Rojiblancos are currently in second, four points off leaders Elche and Sadiq believes he can improve even further to help his team.

Asked what parts of his game he is working to improve, Sadiq added: “I think for the last three years, I have been consistent in each season. I scored 20+ goals.

“So, I have to improve more on my finishing because going back to chances I missed, I think I can score up to 35 /40 in a season. It is very possible.”

Rubi will be hoping his side can bounce back against Huesca next weekend after going down to Girona at home on Monday.