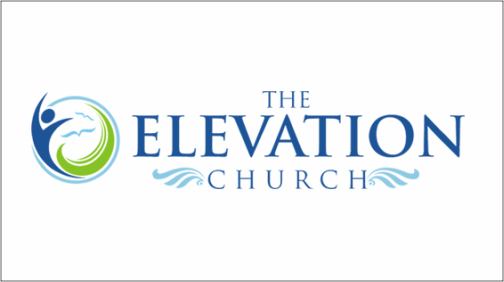 The Elevation Church will be running the seventh edition of its relationship series, Mr & Mrs BetterHalf, this September.
According to the Lead Pastor, Godman Akinlabi: “It is a series designed to strengthen existing marriages and relationships that will lead to marriage, with wisdom from God’s Word. The Elevation church is committed to building families, restoring hopes and helping singles choose right. We believe that in fixing most of our social problems as a nation, we need to start promoting the right values from the smallest unit, which is the family.”
This year’s edition, themed: “You & Me Incorporated,” is packed full with interesting programmes for everyone, including the widowed, separated, divorced and single parents.
The relationship teachings will run concurrently in all three expressions of TEC, which include The Elevation Church Island, located on Resurrection Drive, beside KFA Event Centre Lekki; The Elevation Church Mainland, located at 1A Ikorodu Road, Maryland Bus stop (behind Mobil Petrol station); and The Lifepointe Church, located at 3, Remi Olowude Way, Lekki second roundabout, Oniru, Lagos.
In the course of the month, the church will host its annual singles event, tagged: “The Hangout,” at both the mainland and island centres on September 15 at 10am and 12noon respectively.
The Hangout is a vibrant, fun and enlightening conference that invites discussions about the godly principles on sexuality, relationships and marriages in our modern day.
Speakers will include Godman and Bola Akinlabi, Ezekiel Atang, Praise Fowowe, Joy Isa and Yemi Popoola.
It will also feature live music by BJ Sax and Tim Godfrey.
It is open to singles of all ages and stations.
With the understanding that life sometimes deals people unexpected blows, TEC has also organized an event for the widowed, separated or single parents, called: “Metamorphosis.”
It takes place on September 21st at 6:30pm at the Island Centre.
It’s a non-judgmental support programme for all who come.
Also, with the skyrocketing number of divorces in the society today, that stem from unorthodox doctrines and distractions, the month features events for couples ranging from a two-day, residential “Couples Retreat” to a seminar on sex in marriage, called: “Turn Up the Heat.”
Sex therapist, Priscillia Benjamin, and relationship expert, Pastor Ezekiel Atang, will be in attendance.
The seminar holds at the Island and mainland expressions of the Elevation church on September 14 and 16 by 7pm prompt.
The month will be crowned by a “Vow Renewal” service for only married couples on September 30, featuring a guest appearance by award winning artiste, Timi Dakolo.
Mr & Mrs BetterHalf reinforces the need for unity and understanding in marriages.
It also dwells on the divine purpose and power of marriage, while instructing and inspiring singles on identifying the right mate and preparing for successful marriages.
The series kicked off on September 1 with the church’s first ever service dedicated to singles.
The service was personally led by the Lead Pastor Akinlabi, with an inaugural message, titled: “Single and Valuable.”
Akinlabi will continue to teach singles each Saturday at 6pm at the headquarters located in Lekki.
Sunday services will hold at the Island and Mainland centres at 8am and 10.30am respectively and at Lifepointe at 10am.
The midweek services hold at the Island Centre and Lifepointe on Wednesdays at 6.30pm, while on the Mainland the service holds on Thursday by 6.30pm.
The Elevation Church is a nondenominational church that exists to develop its members as witnesses for Christ and empowering them to achieve the highest levels of greatness in life while serving God and humanity with passion.
The Lead Pastors of the church are Godman Akinlabi and Bolarinwa Akinlabi, whose ministries have blessed many all over the world.

TB Joshua was killed, I know those who did it — Ghanaian Pastor