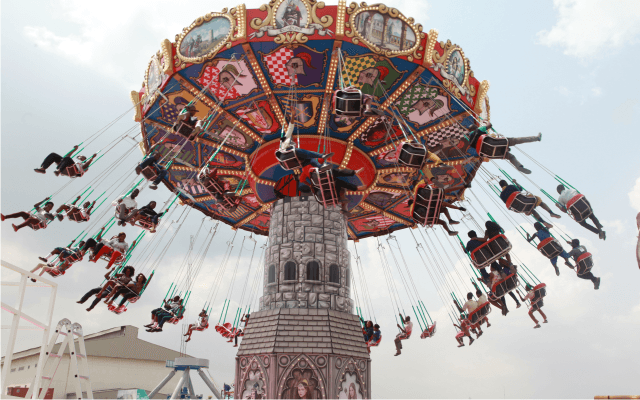 Solution Media and Infotech, the owners of Hi-Impact Planet, Nigeria’s largest Amusement Park and Resort, is set to unveil a television station on June 1, 2018.
The television station, Hi-Impact TV, which will be commissioned on May 29, 2018, will revolutionize family entertainment and education, with an introduction of innovative learning programming.
In a statement signed by the Chairman of the organization, Prince Adeyanju Lipede: “The television station will be edutainment-based, focusing mainly on education, entertainment and family. Just as our pay-off, ‘Securing the Future’, Hi-Impact TV will air programs that have meaningful impacts for the family which will include drama series, cartoons and on-air classes to mention just a few.”
Lipede also said that as his company, Solution Media & Infotech, is noted for excellence and quality, a lot has been invested in the station in every sphere, including content and technical quality, to ensure that it is the best in town.
This is evident in the broadcast quality as the station will transmit all its programmes on full High Definition.
The statement also said: “As a way of assisting our children excel in the Junior/Senior Secondary School Examinations conducted by WAEC, NECO as well as the Joint Matriculations Exams (JAMB), we have designed a program called ‘Syllabus for Excellence’ to take care of those subjects that usually pose challenges to students, as one of our many programmes.”
Other quality entertainment programmes expected on the station include an array of exceptional international titles, captivating telenovelas, indigenously produced contents celebrating the African culture of dance, drama and music from different African ethnic groups, and a few others from other non-African climes.
Hi-Impact TV, a 24-hour station, will transmit live from the heart of Hi-Impact Planet Amusement Park on June 1, 2018 and broadcast on the Free-to-Air platform from ViewSat and other major cable platforms.