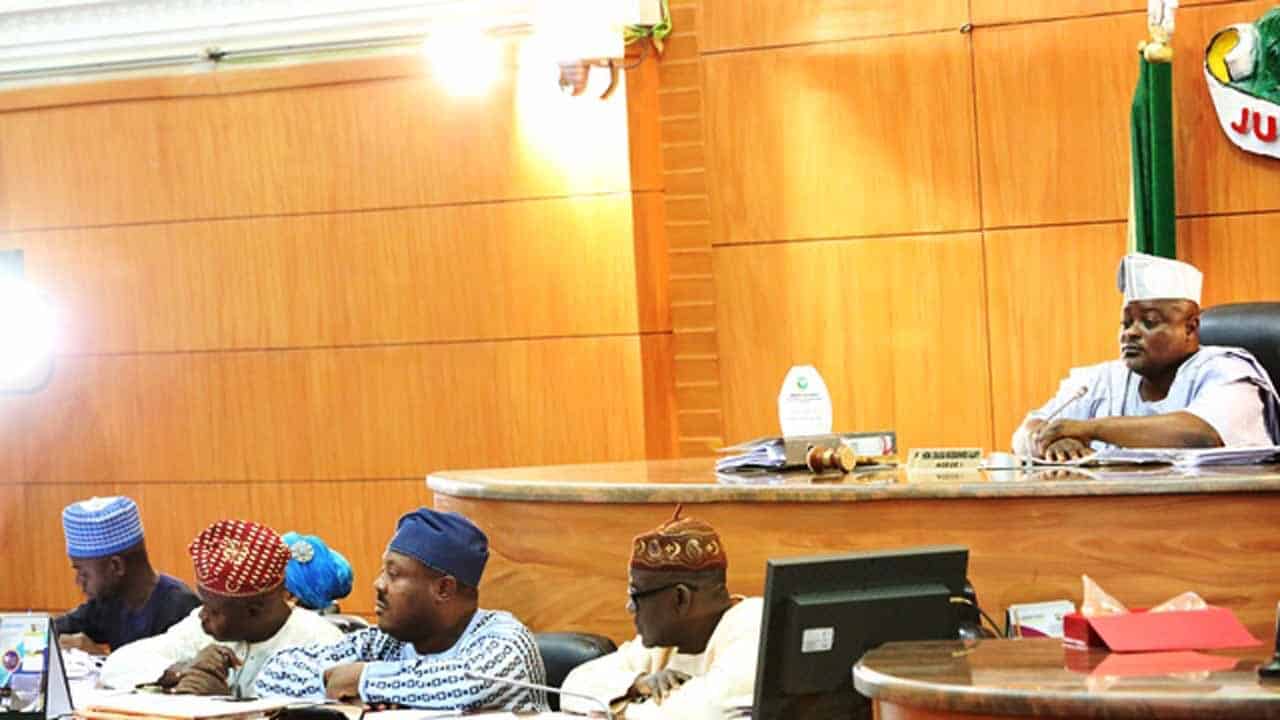 With the rising cases of insecurity in Nigeria, President Muhammadu Buhari must take some bold steps, including proper rejigging of the country’s security architecture as well as a consideration for state police, members of the Lagos State House of Assembly have said.

The lawmakers made their positions known on Tuesday when the Majority Leader of the House, Hon. Sanai Agunbiade, raised the issue under “matter of urgent public importance” at plenary.

They also urged the Federal Government to get assistance from international organisations if that could help curtail the increased violence, kidnappings and attacks on communities across the country.

They commended the Lagos State Government for sustaining the security and peace in the state, urging Governor Babajide Sanwo-Olu to provide Close Circuit Television across the state.

The Speaker of the House, Rt. Hon. Mudashiru Obasa, noted that there was an urgent need for President Buhari to address the security challenges facing the country with policies that should be friendly enough to attract foreign investments, which would help create more employment for the youths of the country.

Obasa said: “We should start developing policies that have human face.

“The situation that the country’s youth are passing through should be of concern.

“We have men and women roaming the streets without jobs or anything to keep them going.

“We should do something substantial beyond giving out N10,000 to youths.”

Obasa added that the country must not be run in a way that would make any of its component part feel alienated.

He said this would make the people feel like true stakeholders and reduce secessionist thoughts.

The Speaker said the challenge is huge and necessitates a further call for devolution of power.

Obasa commended the National Assembly for speaking out, but added that talking alone would not solve the current situation.

He further suggested that the Lagos State Government should look at commercial motorcycle operations in the state in view of recent violent clashes and the fact that some of the riders are foreigners whose identities are not known.

He said: “We should increase the number of our security outfits in Lagos State.

“We should have CCTV around us to prevent what we don’t want in the state.

“We must be ahead of every situation in our state.”

Also speaking on the issue, the Deputy Speaker, Hon. Wasiu Eshinlokun-Sanni, said the security challenge was multi-dimensional, adding that there was a need for massive recruitment into the security agencies.

Eshinlokun-Sanni said: “We need security summits, which should start from states, and then national.

“We also need massive recruitments into our security agencies.

“This will reduce the number of people the hoodlums are recruiting and also provide employment for the youths.

“We can purchase arms and weapons from foreign countries and let them give us security intelligence reports.”

Earlier, Hon. Agunbiade had lamented the recent rise in violence, saying no zone of the country was free.

He said: “The level of insecurity and violence in our country is deepening.

“Road travels have become nightmarish, students and academic institutions have become targets and are attacked with impunity.

“Even, our military formations are under attack.

“Villages and towns have been sacked.

“Community heads are being kidnapped unabated.

“It’s as if Nigeria is at war with itself.

“As a House, we have to condemn this rising level of insecurity in its entirety.

“We commiserate with all the states already affected by these attacks.

“We should call on President Muhammadu Buhari, Commander-in-Chief, Federal Republic of Nigeria, to show more concern by overhauling the security apparatus in a manner that will bring us together as a nation.”

Contributing, Hon. Rotimi Olowo (Somolu 1) said the county was in a troubled state.

He added that the Boko Haram insurgency has spread beyond Maiduguri, Borno State, where it started from.

According to Olowo, it would be difficult to attract foreign investors to the country with this high rate of insecurity.

He suggested that the security architecture of the country should be rejigged without sentiments.

He said: “Boko Haram started from Maiduguri and now they have moved to Kaure in Niger State.

“Several women were kidnapped in a place some kilometres from Abuja.

“It started in the north, it is now in the South East, South South and South West.”

Olowo also noted the violence that occurred in Lekki and Ojo areas of Lagos on Monday, recalling that one of President Buhari’s promises was to tackle insecurity.

He said: “Mr. President is experienced as a military man.

“We need to rejig our security infrastructure.

“Also, our neighbouring countries such as Niger, Chad and Cameroon are porous.”

On his part, Hon. Lukman Olumoh (Ajeromi Ifelodun 1) lamented the proliferation of firearms into the country.

Olumoh said: “Section 14 (B) of the constitution talks about security and welfare.

“We should look at the roles of West Africa and African Union in all of these.

“There is insecurity in Chad, Niger and other countries.

“I want to call on African Union, ECOWAS, United Nations to look into these.”

Hon. Femi Saheed (Kosofe 1) said the country is in a precarious situation.

Saheed said: “There is crisis everywhere.

“I used to travel from Lagos to Kaduna by road as a student many years back and the people there welcomed me.”

He said the situation was no longer the same.

“No place is safe.

“LASU/Iyana-Iba and Lekki were boiling yesterday.

“The Nigeria police is overwhelmed; they have also become victims.

“Even the Nigerian Army cannot cope.

“The Federal Government of Nigeria must find new ways.

“Security and welfare of the people are the primary duties of the government.

“We are trying in Lagos State, but we need to do more.

“We need to increase the manpower of LNSC (Lagos Neighbourhood Corps), we must give them more equipment.

“The private sector should donate to our security Trust Fund.

“We must motivate the security officers.

“We need to improve our registration agency.

“We should also have CCTV in strategic places.”

Age-Sulaimon added that there was the need to increase police personnel.

He said: “The national interest must be redefined.

“The government ought to secure lives and properties.

“The interest of the state and national interest must be paramount.

“If we have enough police and the security institutions are empowered, it would be better.

“Security is the most important subject in Nigeria now.”