Restructuring: Time shall vindicate us for peaceful agitation – Ohaneze Ndigbo 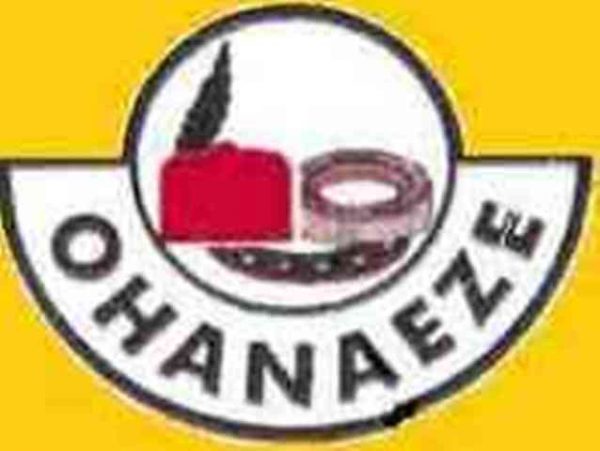 Share
Facebook Twitter LinkedIn Pinterest Email
The apex Igbo socio-cultural organisation, Ohaneze Ndigbo, has pledged to continue to work in the best interest of the people, especially the peaceful agitation for restructuring of the country.
The Deputy National Publicity Secretary of the organisation, Chuks Ibegbu, disclosed this on Thursday in Enugu during a media briefing to mark the second anniversary of the current executive of the organisation.
According to him, time shall vindicate the group regarding its position on peaceful agitation for the restructuring of the country.
Ibegbu said every action taken by the organisation within the last two years was in the best interest of the people of the area.
He said one of the greatest challenges within the period was the lack of understanding of some national issues among some of the sons and daughters of the South East.
He however, said the organisation was blessed to have a president general in the mould of Chief Nnia Nwodo at such trying times.
The publicity secretary said the leadership style of Nwodo had brought peace to Igbo speaking states.
He said: “The lack of understanding of some of our sons and daughters has been our greatest challenge.
“There is nothing we cannot achieve if we are united and speak with one voice.
“With time, everybody will see why we have taken position on peaceful agitation for restructuring of the country.”
Ibegbu said funding was another major issue in the organisation and appealed to entrepreneurs and other well placed individuals from the area to assist in that regard.
He said contrary to opinions in some quarters, state governors from the area were not funding the organisation.
He said depending on governors for funding could erode their nonpartisan stance, adding: “That is why we cannot go cap in hand begging governors for funding.
“We decided to live within our means and call on our sons and daughters to assist us.”
In his remarks, the Special Adviser to the President General on Media, Chief Emeka Attamah, said the organisation had put in place formidable youth and women wings.
Attamah said one of the greatest achievements of Ohaneze Ndigbo within the period was encouraging unity and synergy among Igbo governors as well as other political actors.
He said the diplomatic handling of such explosive issues as the quit notice to Ndigbo living in the North, the pro-Biafra agitations, clashes between suspected herdsmen and farmers in the area and others were landmark successes.
Share. Facebook Twitter Pinterest LinkedIn Tumblr Email