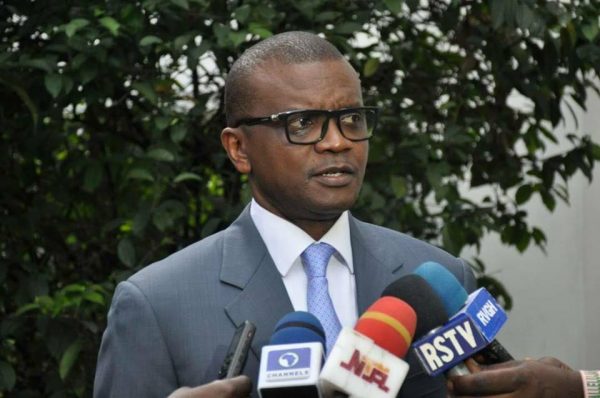 The Rivers State Government has faulted the position of the Nigerian Army on events at the collation centre for the March 9, 2019 governorship election in the state.
The position of the State Government, made known by the Commissioner for Information and Communications Emma Okah, on Monday, was in reaction to that of the Nigerian Army by Colonel Aminu Iliyasu blaming the Independent National Electoral Commission, the police and Governor Nyesom Wike for the botched poll.
Okah said in the statement: “This allegation by the Nigeria Army once again, is a bare-faced lie and I feel saddened by the unfortunate turn of events that the Army has entangled itself.
“Having been caught red-handed in unprofessional act of election malpractices, the Army are now ashamed of what they did and are looking for who to blame.
“What were soldiers doing inside collation centres? Did the Chief of Army Staff not warn soldiers to stay away from polling units and Collation Centres and only offer peripheral assistance where they are invited?
“Has the Army not said that the people wearing military uniforms and disrupting elections and attacking collation centres in Rivers State were not real soldiers?
“They are now lying against Governor Nyesom Ezenwo Wike because their plot to rig election and overthrow the will of Rivers people failed.
“The INEC has come out clear to indict the Army and these accusations against the governor are to divert attention and save their face.
“Was the governor going to smuggle result at the INEC headquarters in Port Harcourt where the Army invaded the INEC Office until police resisted them?
“Was it Governor Wike that went to the Khana Collation Centre where the security shot and killed Dr Ferry Gberegbe?
“Which result sheet was Governor Wike trying to smuggle in as the Army is alleging? Is it the unit results that had been declared at the polling units or the Ward results that have been collated at the wards before going to the State Constituency collation centre? These allegations cannot stand.
“The Army should look for another story to tell. This one is too cheap and dead on arrival.”