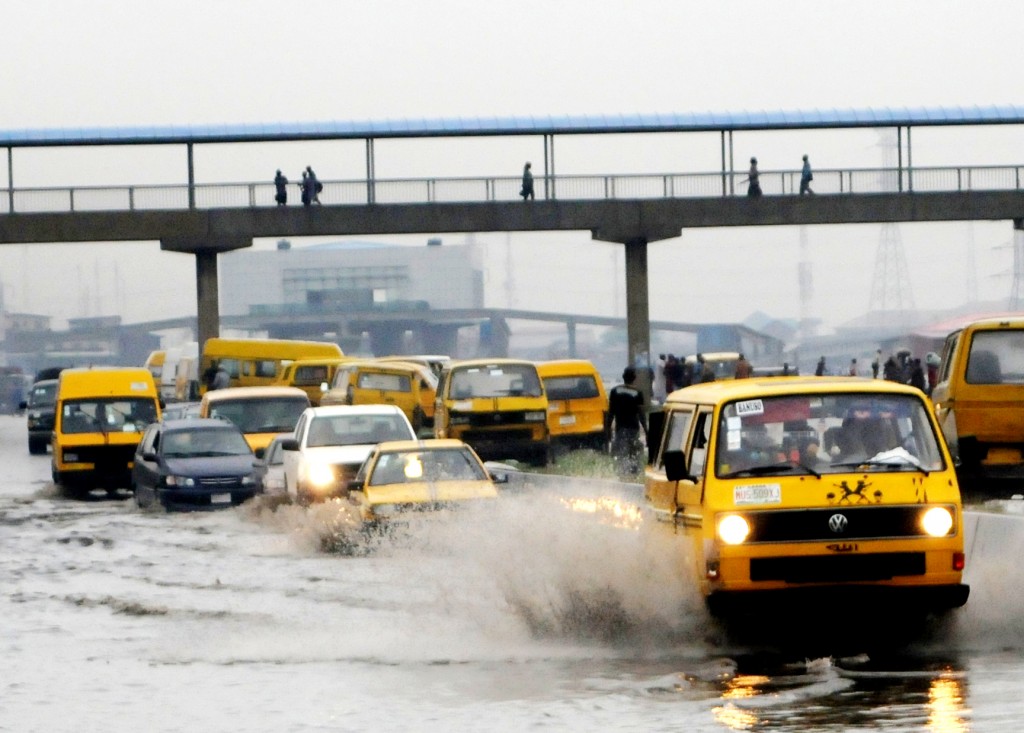 Most parts of Lagos State were flooded on Wednesday following a heavy downpour.
The rain, which began in most parts of the state as early as 5am, led to chaotic traffic.
Vehicles had to wade through water in several parts of the state.
The flooding was attributed to blocked drainage.
Several vehicles got spoilt in the process.