On Col. Umar’s letter to Buhari, by Femi Fani-Kayode 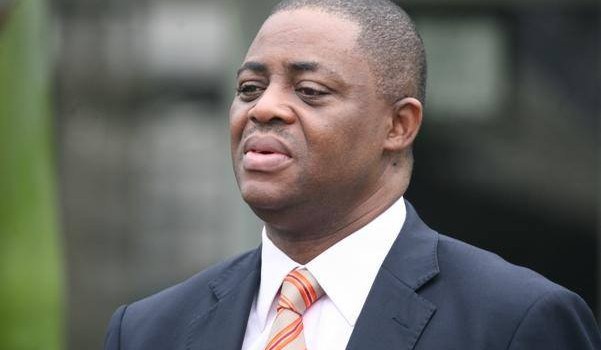 “At this time and in the light of all that have happened since you took office, any conversation with you Mr. President cannot gloss over the chaos that has overtaken appointments into government offices in your administration. All those who wish you and the country well must mince no words in warning you that Nigeria has become dangerously polarized and risk sliding into crisis on account of your administration’s lopsided appointments which continues to give undue preference to some sections of the country over others. Nowhere is this more glaring than in the leadership cadre of our security services. Mr. President, I regret that there are no kind or gentle words to tell you that your skewed appointments into the offices of the federal government, favoring some and frustrating others, shall bring ruin and destruction to this nation.” — Colonel Abubakar Dangiwa Umar (retd).

Colonel Abubakar Dangiwa Umar is a former Military Governor of Kaduna State and a Fulani Prince from the ruling house of the Gwandu Emirate who has had the courage to speak out against President Muhammadu Buhari’s “Fulanisation”, “Islamisation” and “northernisation” policy.

He is one of the heroes of the June 12 struggle and he lost his Commission in the Nigerian Army for insisting that President-elect, M.K.O. Abiola, should be given his mandate and allowed to lead Nigeria after winning a free and fair election in 1993.

This was a very dangerous thing to do at that time because Buhari’s military Government was the most vicious and repressive that Nigeria has ever known. I used to listen to him with fascination in those days and I marvelled at his courage and his willingness to give up his life for his beliefs.

I read his polite, well-crafted and well-researched letter to the President which was released yesterday and I was touched and moved that he had the decency, patriotic zeal and presence of mind to say the things that some of us have been screaming for the last five years about Buhari’s dangerous policies and divisive politics.

I called our mutual friend and brother Bashorun Akin Osuntokun, who is presently doing a stint at Oxford University, to express my deep appreciation for the efforts of a man that we have both come to love and learnt to respect over the years. Akin was equally impressed with his letter and we expressed satisfaction at the fact that he had once again lifted our spirits and gave us cause for hope.

May God bless this gallant soldier known as Dangiwa for being fearless and consistent over the years and may he continue to be the light and inspiration that he has always been to those in our generation.

We have not always agreed on everything but his timely interventions, courage and consistency is as remarkable as it is uplifting. I urge him not to relent in his noble efforts to make Nigeria a better place for all regardless of tribe, ethnic group or faith. We need more of him.

To those that are too young to know I will add the following. During the coup d’etat against Buhari’s vicious, murderous and bestial military regime in 1985, it was Dangiwa Umar who effected his arrest in Dodan Barracks and took him into custody. He is one of those that brought an end to that hideous and cruel nightmare which plagued our beleaguered nation for two long years and which led to the destruction of many lives and the death of many people.

Dangiwa is a very tough and decisive man indeed both on the polo field and off it and just as he stood up to tyranny, injustice, wickedness, racism, nepotism and ethnic and religious bigotry in both in 1985 and 1993, he is standing up to it again today. That is the measure of the man and I am not in the least but surprised.

Yesterday I tweeted the following: “When Col. Abubakar ‘Dangiwa’ Umar speaks the Government would do well to listen. He is a man of deep wisdom, profound knowledge and extraordinary courage. Like yours truly, he fears no man and bows before no mortal. He speaks truth to power and he makes tyrants tremble.”

I stand by these words and I stand shoulder to shoulder with Dangiwa Umar and millions of other Nigerians who have had enough of Buhari’s evil, injustice and tyranny and who are deeply concerned about the destructive course that he has set our nation on.

May God deliver our nation from this evil man and those that are supporting him and egging him on. May God raise more Dangiwa Umar’s to help us in this noble quest to save our nation.

Permit me to conclude this contribution with the following.

In his letter to Buhari Dangiwa Umar quoted the words of Sheik Usman Danfodio, the father and founder of the Fulani Caliphate, when he wrote the following: “One of the swiftest ways of destroying a Kingdom is to give preference of one particular tribe over another or show favour to one group of people rather than another. And to draw near those who should be kept away and keep away those who should be drawn near.”

More importantly let us hope that it is not too late. I will end with the following counsel.

I could go on and on. History is replete with such examples.

A leader’s greatest and most dangerous enemies are not those who speak out against him and oppose him publicly but rather those that are close to him and are plotting against him secretly.

They are those that are in his inner circle, Government or family that refuse to tell him the bitter truth, that desist from setting him on the right path when he has derailed, that decline to advise him when he is wrong and that egg him on in his manifest and unrelenting cruelty and injustice and encourage him to continue to perpetuate wickedness and to do evil.

Worse still it is those same people that will eventually discredit him, betray him and facilitate his fall from grace and removal from power.

I advice President Muhammadu Buhari to be wary of his ‘trusted’ friends and allies, to be careful of the cheerleaders around him, to change his ways, to watch his back, to do the right thing and to listen to selfless, honest and forthright men like Colonel Abubakar Dangiwa Umar who truly have the nation’s interest at heart!