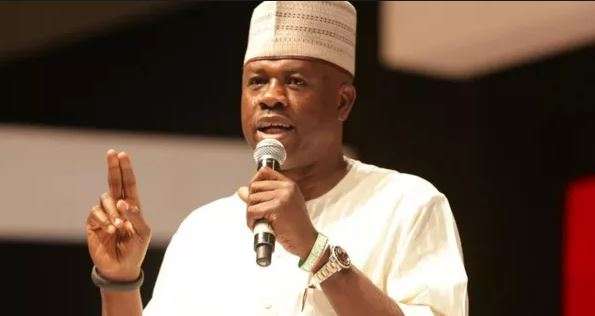 Former Minister of State for Defence, Senator Musiliu Obanikoro, will on Saturday formally defect to ruling All Progressives Congress from the Peoples Democratic Party.
The Lagos State chapter of the APC confirmed this to the Nigerian Tribune.
The development was also corroborated by a former media aide to the Minister, Jonathan Eze, who said the event, expected to be attended by other defecting PDP leaders and members, would hold at the Campus Square on Lagos Island.
The Chairman of Lagos APC, Otunba Henry Ajomale, could not be reached as he was said to be at a meeting, but his aide, who picked the call made to his phone, confirmed the report, saying: “Obanikoro is defecting to APC on Saturday.”
He, however, refused to answer further questions thrown at him.
The Nigerian Tribune learnt that Ajomale had earlier hinted that the APC was making efforts that would culminate in ensuring Obanikoro, who was Nigeria’s Ambassador to Ghana, was welcomed formally into its fold in a matter of weeks.
It would be recalled that the former minister had long been rumoured to have joined the APC as he had on some few occasions been found to have attended functions held by the party.
In particular, he had once attended a Town Hall meeting organised by Senator Oluremi Tinubu, the wife of National Leader of the APC, Asiwaju Bola Ahmed Tinubu.
Speaking at the event, which took place at the Museum Centre on June 20, Onikan, Lagos, in apparent anticipation of questions news hounds might want to ask him, Obanikoro said people should not be surprised seeing him at such gathering, declaring: “I am back home in the midst of my people.”
He went further to say that he attended the gathering as a constituent to support Senator Tibubu’s good work.
“As a constituent of Lagos Central Senatorial District, I today attended Senator Remi Tinubu’s Town Hall meeting to support her good work,” he said.
. Nigerian Tribune.