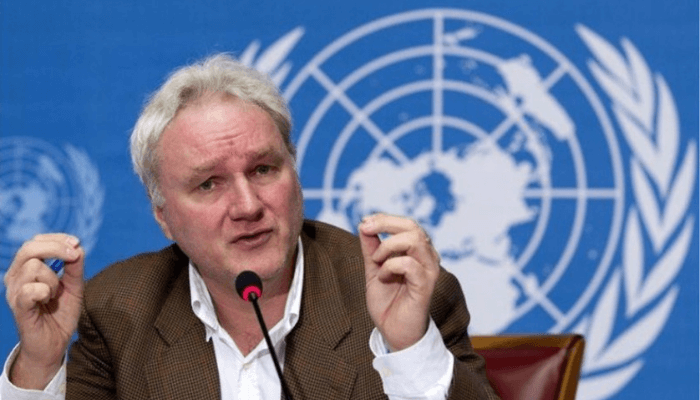 The United Nations in Nigeria says no fewer than 70 per cent of people in Katsina State live below the poverty line.

Mathias Schmale, the UN Resident Humanitarian Coordinator in Nigeria, made this known in Katsina on Monday.

He spoke when he visited Governor Aminu Masari.

Schmale said: “I said to my colleagues that I want to get first hand information so that people will not bamboozle me with statistics and arguments.

“I can say I have seen it myself.

“We understand that poverty, insecurity and lack of knowledge are also key factors that are contributing to malnutrition among children in the state.

“At our next meeting of the humanitarian country team this coming Wednesday, we will discuss humanitarian issues in the rest of the country, not just in the North East.”

Schimale said that Masari has visited the UN house on several occasions to show concerns over his people and elegantly made a case for better support for the state.

He added: “We have not forgotten his efforts.

“I have been made to understand that Katsina has a very rich history in culture.

“What I have understood so far is a couple of things: one is that it seems there is a nutrition crisis all over Nigeria, including Katsina.

“What I have been educated on today is that the drivers of this crisis in your state are a mixture of three factors: one is insecurity, another one is poverty.

“And thirdly, in some places, there also seems to be a lack of knowledge.

“And so, education should be part of it.”

He said: “The same problem is happening in most of the northern states.

“A family of 10 some 20 years back had only one hectare of land for cultivation.

“But because of culture, this family in 10 years can become a family of 100, living on the same source.

“The question is how can we address the issue in a fundamental way?

“The main driver of poverty is lack of education and skills.

“The intervention we need in order to address poverty has to do with education that would give people knowledge and the skills so that production can rise, and people can look after themselves.”

The News Agency of Nigeria reports that in March, the National Bureau of Statistics report (2012) indicated that Sokoto State has an estimated poverty rate of 87.73 per cent.

The NBS said Taraba State is second with poverty rate of 87.72 per cent followed by Jigawa State with 87.2 per cent.

The report showed that Katsina State is number 10 with a poverty rate of 56.42 per cent.