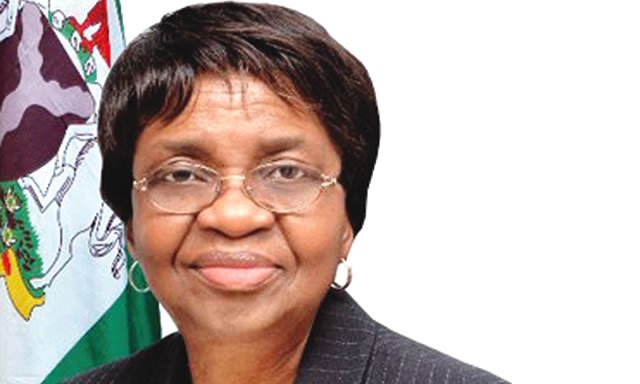 The National Agency for Food, Drug Administration and Control has appealed to the judiciary to institute stiffer penalty against peddlers of counterfeit and unwholesome drugs.

The agency also called on the National Assembly to pass the counterfeit medical product Bill to strengthen the agency’s war against offenders, and to make the penalty serve as a deterrent to abusers.

This was disclosed in a statement by the agency’s resident media consultant, Olusayo Akintola.

According to the statement, NAFDAC Director General, Prof. Moji Adeyeye, said that perpetrators of the illicit trade do capitalize on the weak law in the land to wreak havoc on the nation’s health system.

She spoke against the backdrop of the ongoing destruction of falsified and expired medicines, cosmetics, and unwholesome food products across the country by the agency.

The NAFDAC boss appealed to the judiciary to take sterner view of counterfeiting and apply the maximum penalty of the weak laws to deter counterfeiters and fraudsters from the dangers they pose to the society.

Adeyeye explained that the dangerous business would be made unattractive if it carries maximum penalty against offenders, while appealing to NASS to pass counterfeit medical product Bill to reinforce the war against counterfeiting in Nigeria.

She warned that henceforth, there would be no hiding place for the merchants of death who she said derived joy in circulating expired, falsified drugs and putting the health of millions of Nigerians at risk.

Adeyeye said that NAFDAC has resolved to go after those who engage in circulation of counterfeited and expired medicines in the country until they are apprehended and made to face the wrath of the law.

She said that the agency would not rest on its oars until those merchants of death desist from the nefarious activities, even though NAFDAC had seized and destroyed unwholesome products worth over N 5 billion in five months.

According to her, the agency destroyed unwholesome medicines, expired food items and cosmetics worth N1,429,580,683.00 in Awka, the capital city of Anambra State, in March for South-South and South-east operations.

She recalled that such dangerous products, worth N613,300,290.00, were also destroyed in Kano within the same period.

She said that the agency also moved to Gombe in May to destroy counterfeited and expired medicines, and food items worth N515,732.587 as well as mopped up in the North-east.

According to Prof Adeyeye, fake and expired medicines, and food products, worth N2,482,600,290, seized in the South-west were destroyed in Shagamu, Ogun State, last week.

She assured Nigerians that the agency would stop at nothing to apprehend the people who engage in the illicit business of endangering the lives of undiscerning consumers who patronize them.

“The operatives of the agency had combed the nooks and crannies of the geo-political zones of the federation, namely, Northwest, North East, South East, South-South and South West.

“This is to mop up expired drugs and unwholesome food products with a view to safeguarding the health of the Nigerian people,” she said.

Adeyeye noted that the destruction was part of the efforts to rid the Nigerian market of unwholesome products and engender public confidence.

“The continued destruction of the spurious products would eliminate the risk of their reintroduction into the market. Drug counterfeiting is an act of economic sabotage and it poses serious threat to public health.“

“This is why NAFDAC has resolved to safeguard the health of the people and ensure that only genuine medicines that are wholesome are sold in Nigeria,” she said.

She said that the flag off of the South-west zonal destruction exercise was in line with the agency’s mandate and strategy aimed at eradicating the reintroduction of expired, substandard and falsified (SFs) medical products.

She appealed to community leaders, faith-based organizations, health practitioners and the media to continue to educate members of the public to desist from patronizing quacks and hawkers of medicines and unwholesome foods.

Adeyeye appealed to members of the public to release valuable information that would help in getting information to fight these merchants of unwholesome products.