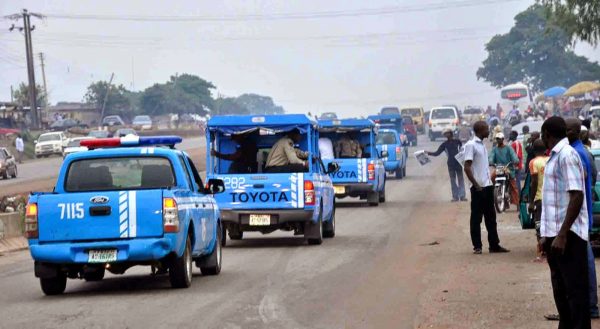 A mobile court conducted by the Anambra State Command of the Federal Road Safety Corps has convicted 41 motorists for various traffic offences in the state.
Andrew Kumapayi, Sector Commander of the corps in the state, disclosed this to the News Agency of Nigeria in Awka on Sunday.
Kumapayi said the mobile court was part of traffic law enforcement geared toward raising road safety consciousness among motorists ahead of the Easter Special Patrol.
He said a total of 45 motorists were arrested and prosecuted during the exercise, out of which four were acquitted.
He said failure to install speed limiting device, non use of seatbelt, tyre violation and light sign violation were the most prevalent offences observed during the exercise.
He said: “In furtherance to our resolve to ensure safe traffic environment for all road users by ensuring that motorists comply strictly to traffic rules and regulations, a mobile court session was held.
“This was to prosecute arrested motorists on the spot and penalise those found guilty among them.
“During the session, 45 motorists were arrested and prosecuted, 41 were found guilty of various offences and four were discharged and acquitted of any wrongdoing.
“The total number of offences recorded was 109 and failure to install Speed Limiting Device, non use of seatbelt, tyre violation and light sign violation were top on the list of the observed offences.”
Kumapayi urged motorists in the state to endeavour to fix their vehicles, reminding them that safety standard would not be lowered for anybody.
He said: “We want to use this medium to encourage motorists to ensure their vehicles are in good condition before putting them on the road and to also warn that the violators of safety rules will be subjected to the law.”