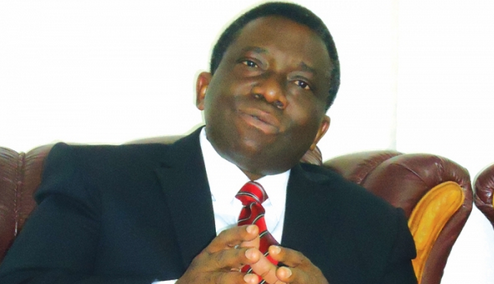 The Minister of Health, Prof. Isaac Adewole, has ordered the immediate renovation of the Primary Healthcare Centre in Fuka, Muyan Local Government Area of Niger State and reposition it to render 24 hours service.
A statement by the spokesperson of the Ministry, Boade Akinola, said Adewole gave the directive to the Executive Director of the National Primary Health Care Development Agency, Dr. Ado Muhammad, when he visited the community where 16 people were killed by the current Lassa fever outbreak on Wednesday.
The Minister noted that if the Primary Health Care Centre had been in effective, it would have alerted the Federal Ministry of Health at the onset of the outbreak in the community and the prompt response would have saved the lives of the victims.
Adewole, who condoled with the community head and members of the village and encouraged them to report to the health officials as soon as they feel ill, also congratulated the survivors.
Adewole warned the people against self-medication and resort to traditional care as there are specific drugs for Lassa fever and these are available in the hospital.