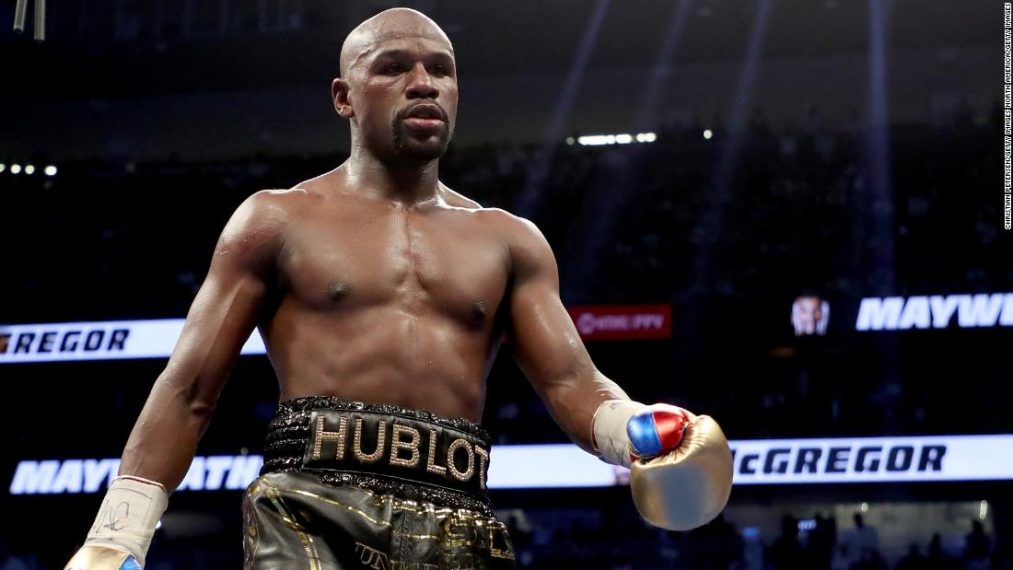 Floyd Mayweather has claimed he will earn between $15-20million for his nine-minute exhibition fight against Japanese MMA fighter Mikuru Asakura this weekend.

The boxing legend will lace up his gloves for a fourth exhibition fight against Japanese MMA fighter Asakura at the Saitama Super Arena in Japan. It will be the second time that the former undefeated champion will make the trip to Asia having previously knocked out kickboxer Tenshin Nasukawa.

Mayweather reportedly made $9m for his outing against Nasukawa back in 2019, which was his first exhibition since retiring from boxing. And in a fresh boast, the 45-year-old has claimed he will continue to fight in exhibitions while they provide lucrative pay cheques and allow him to headline venues around the world.

“It’s always a few million a minute,” Mayweather told the Daily Mail when asked how much he would be earning for this weekend’s contest. From this exhibition alone I will making somewhere upwards of $15-20million. That’s just from this exhibition. So, it’s cool. Nine minutes, 20million, not bad. Exhibitions are also giving me a chance to travel more. I have always travelled a lot but I am able to entertain people all over the world.

“I wasn’t able to do a real fight in Japan but they love when I do exhibitions. They love for me to come over and perform. It gives them a little bit of a chance to see the old Mayweather. It’s a great feeling. I make great money from these exhibitions. It’s about working smarter, not harder and I am getting smarter in life. I had a great career because the less you get hit the longer you last.”

Mayweather has already claimed he was paid $1.5m to attend the press conference to promote the event alongside upcoming opponent Asakura in Japan. This comes just weeks after earning a huge purse for his last outing against former sparring partner Don Moore in Abu Dhabi.

Despite the event suffering last minute changes, Mayweather also earned a guaranteed $9m purse for the meeting with his former sparring partner which he previously claimed he could have risen to around $100 million. His previous bout with Logan Paul also drew in huge pay-per-view sales of one million buys, which saw him earn an anticipated $65m from the event.

Earlier this year, Mayweather even claimed t hat he earns a total of $300m every month in total from his business investments alongside his fighting exploits. The boxing legend has become notorious for his ‘Money’ nickname and it appears his earnings are unlikely to slow down with further exhibitions lined up against YouTuber Deji and previous rival Conor McGregor.