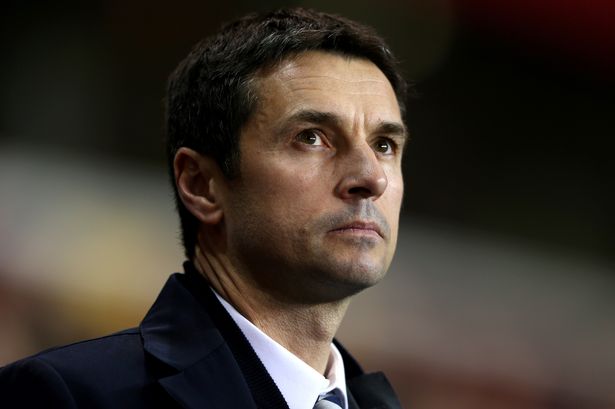 After finally ending their club-record winless run on Tuesday night, lowly Aston Villa next welcome high-flying Leicester City to Villa Park on Saturday (today).
The visitors are the Premier League’s best away team and know that victory will take them top of the table for a day at least, with Arsenal not playing until Sunday.
Villa had a great chance to win for the first time under Remi Garde at the weekend, but they could not overcome League Two side, Wycombe Wanderers, and will have to beat them in a replay later this month if they are to progress in the FA Cup.
However, at the 11th attempt, the Frenchman finally got that winning feeling as Villa edged out Crystal Palace to stop their Premier League winless streak at 19 games.
Results in midweek largely went their way as well, so the gap to safety has been cut to eight points and a run of good form could see them climb the table in the next month or so.
Villa are now looking to win back-to-back league games for the first time since May, and both of those triumphs over Everton and West Ham United were also at home.
The winning goal on Tuesday was certainly a lucky one as Palace keeper Wayne Hennessey fumbled Joleon Lescott’s header over the line.
It came in the 58th minute and Villa have scored just five first-half goals this season, a league low.
The Birmingham side have also not scored earlier than the 40th minute in a Premier League game since September and even that was a 39th-minute effort from Jack Grealish against today’s opponents, Leicester.
At home in the league this season, Villa have managed only seven goals in 10 games, which is four fewer than any other team in front of their own fans.
Just when people were saying that the wheels were coming off for Leicester, they recorded arguably their best win of the season on Wednesday night by defeating Tottenham Hotspur at White Hart Lane.
With Arsenal conceding a late leveller at Liverpool, Leicester are level on points with the Gunners at the top of the table and eight clear of West Ham United outside the top four.
Jamie Vardy is still the joint-top scorer in the league with 15, but he has now managed just one goal and six shots on target in his last seven games after breaking the Premier League record by netting in 11 straight games. Just one goal in four games since Christmas then, but defensively Leicester have improved with three straight clean sheets.
Another shutout today would be the first time that they have managed four in a row in the Premier League.
With 43 points from 21 games, Claudio Ranieri’s side have already claimed two more points this season than they managed throughout the entirety of last season.