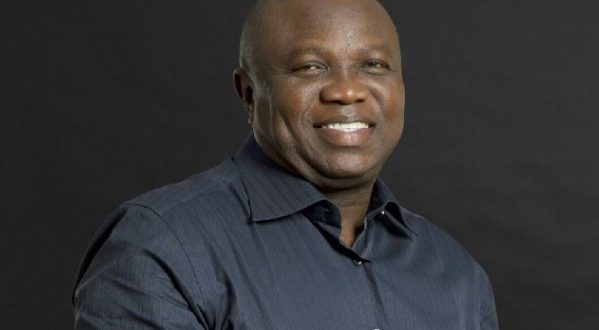 The Lagos State Government has completed the construction of the first ever high-powered DNA Forensic Laboratory in Nigeria, the State’s Attorney General and Commissioner for Justice, Adeniji Kazeem, has disclosed.

The State Governor, Akinwunmi Ambode, had last year approved the construction of the DNA forensic lab as part of the criminal justice sector reforms designed to solve crime through technology and fulfil an unmet need for DNA profiling, which is a unique forensic technique that is now being used all over the world.

Speaking at a press briefing held at the Bagauda Kaltho Press Centre in Alausa, Ikeja to announce activities lined up by the State Government to commemorate the 2017 United Nations International Day of Peace, Kazeem said skeletal work had already commenced in the lab known as the Lagos State DNA Forensics Centre and that it would be formerly commissioned in the coming weeks.

Kazeem, who was represented at the briefing by the State’s Solicitor General and Permanent Secretary, Ministry of Justice, Funlola Odunlami, said the lab, among other initiatives of the State Government, was part of efforts geared toward enhancing peace in the State.

“We are yet to commission it, but it has been opened and it is a DNA crime forensic lab and at the same time, it is going to deal with other DNA matters like paternity issue.

“What we are doing now is skeletal work which we started this month.”

Kazeem recalled that since 2007, the State Government through the Citizens’ Mediation Centre, an agency under the Ministry of Justice, commenced collaborations with the United Nations Information Office to mark the International Day of Peace as an annual event to propagate the ethos of peaceful co-existence among residents in the State, thereby educating and sensitizing the public on the need for peaceful co-existence and respect for human dignity to engender socio-economic growth.

He said: “The Lagos State Government recognizes the fact that the State is the commercial nerve centre of the sub-Saharan Africa where all races converge for various purposes such as business, hospitality, tourism among others, and has put in place mechanisms that will foster development and promote economic activities in the State by instituting agencies that will attend to matters relating to Land Grabbers, Special Task Force, donation of police vehicles for security, introduction of DNA Forensic laboratory to archive blood samples of criminals, among others.

“All these actions are geared toward enhancing peace in Lagos State.”

Speaking on activities to mark the 2017 edition of the day, tagged: “Together For Peace: Respect, Safety and Dignity For All,” Kazeem said on September 18, there would be a Walk for Peace/Legal Clinic on Ikorodu Road, precisely from Funsho Williams Avenue through Ojuelegba to Yaba, while on September 19, a second Walk for Peace/Legal Clinic will hold at Jubilee Under-bridge in Ajah through Ibeju Lekki Expressway and back to the bridge.

On the same day, Kazeem said the CMC will hold a Legal Clinic at both venues where free legal services and mediation services will be rendered to residents of the State, while on September 21, the 18th Stakeholders’ Conference and Book Launch will hold at the Adeyemi Bero Auditorium in Alausa to mark the day.

Every year, September 21 is observed as the International Day of Peace as declared by the General Assembly of United Nations as a day devoted to strengthening ideals of peace, both within and among all nations and peoples.