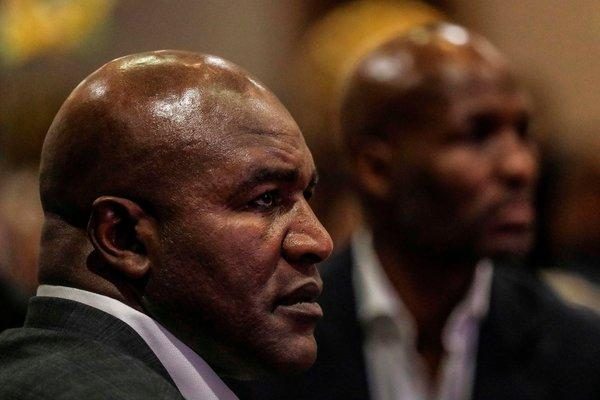 Evander Holyfield has been spotted in the gym with former heavyweight champ Wladimir Klitschko as the veteran continues to gear up for a sensational return to boxing.

Ukrainian legend Klitschko has been drafted into his training camp to help him prepare for a potential upcoming trilogy bout with Mike Tyson.

Holyfield posted a picture of himself and Klitschko in the gym on Instagram with the caption: “Surround yourself with greatness.”

The “Real Deal” hung up his gloves back in 2011, but is now eyeing a sensational comeback later this year against old rival Tyson, more than 20 years after their last meeting.

The “Baddest man on the Planet,” 53, is also back in shape and gearing up for a return to the ring.

In 1996 and 1997, Holyfield beat Tyson twice, with the second fight ending in disqualification after ‘Iron Mike’ bit his opponent’s ear.

In a video recently posted on his social media channels, titled: “Team Holyfield preparing for battle,” the American is seen shadow boxing in the ring, working the pads with his trainer, hurling huge chains and lifting weights.

The clip ends with his trainer, former world light heavyweight champion Antonio Tarver, saying: “The real deal is back, baby.”

Holyfield has also been challenged to a scrap by Riddick Bowe.

The veteran pair could get it on for a fourth time if the 52-year-old gets his way.

The American told SunSport: “It’s official. Actually, let me put it this way: I am officially back and want to and will fight.

Promoter Frank Warren, who put on a couple of UK fights with Tyson in the early 2000s, branded the potential Holyfield bout a “freak show”.