Kalu to Fayose: You’re my boy, you can’t stop me from campaigning for Buhari in Ekiti

A former governor of Abia State and Chairman of the Advisory Board of the National Movement for the Re-election of President Muhammadu Buhari, Dr. Orji Uzor Kalu, has described the Ekiti State Governor, Ayo Fayose, as his boy.
Kalu said this in response to the position of Fayose that he should not visit Ekiti State as part of his scheduled tour of the South West to campaign for a second term for Buhari.
Kalu, who defied Fayose and showed up in Ado Ekiti, the Ekiti State capital, on Sunday, told newsmen: “My attention was called from Ondo State on Saturday that Governor Fayose said I should not come to Ekiti.
“Fayose is my boy.
“He can’t stop me from coming.
“He is my boy and he knows he can’t stop me on anything.
“Governor Fayose was in my house for 90 days after he was impeached.
“He is my friend but he has gone beyond his limit by saying a bonafide elder statesman like me should not come to Ekiti.
“Fayose was in my state, Abia, last week.
“Nobody said he should not come.
“So I have declared war on him.
“Even if I sleep on the floor, I will still defeat Fayose on any issue.”
Kalu, who said such statement by Fayose was not expected of someone holding such high office, also faulted former President Olusegun Obasanjo for his continuous criticism of the Buhari Administration.
Speaking at the home of one of the All Progressives Congress governorship aspirants in the state, Femi Bamisile, Kalu said: “Let me tell you emphatically that President Buhari will contest again.
“Don’t listen to letter writers like Obasanjo.
“Obasanjo has been president twice.
“So he should keep his letter in Otta for himself.
“That is why somebody like me is in Ekiti to tell our people not to listen to Obasanjo.
“He left the economy in comatose.
“Today President Buhari has raised the foreign reserve from $23 billion to as much as $47 billion, while the menace of Boko Haram has been defeated.
“So, some people are out to destabilise his government.
“We want Nigerians to embrace love, peace and show understanding.”
Kalu, speaking to APC members at the reception, called for wise voting during the July 14, 2018 governorship election, adding: “You need to work very hard because President Buhari doesn’t believe in rigging.
“I am ready to support whoever you bring up as candidate here in Ekiti for the July 14 election because I am part of you.
“If I am to choose for you, I will choose Bamisile, but this lies on Ekiti delegates.
“However, as a national leader of APC, I am ready to support whoever you bring up.” 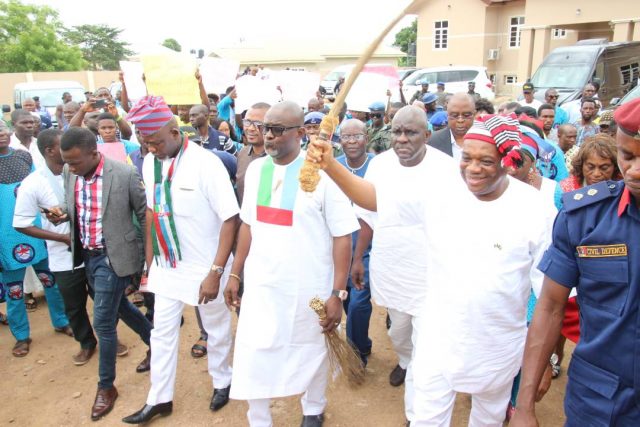 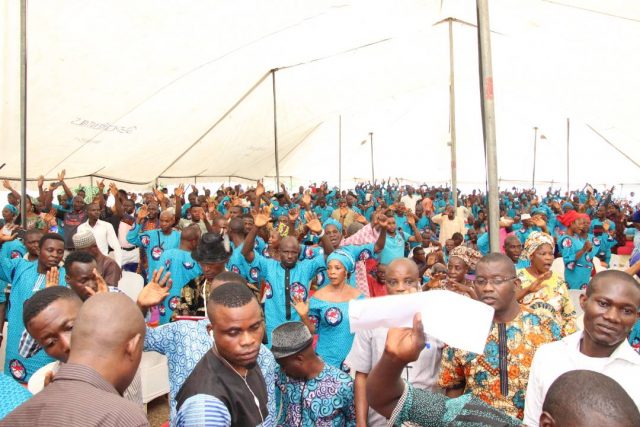 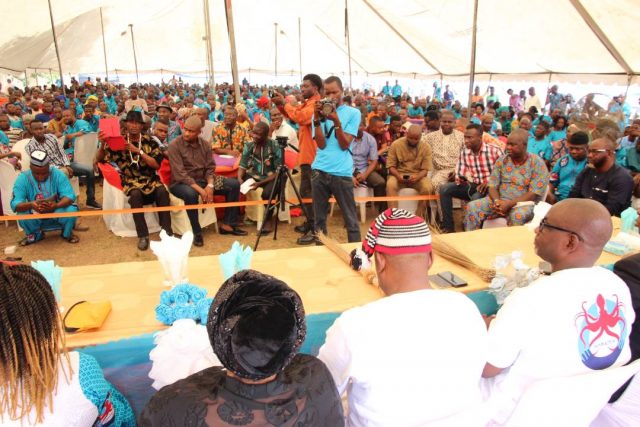 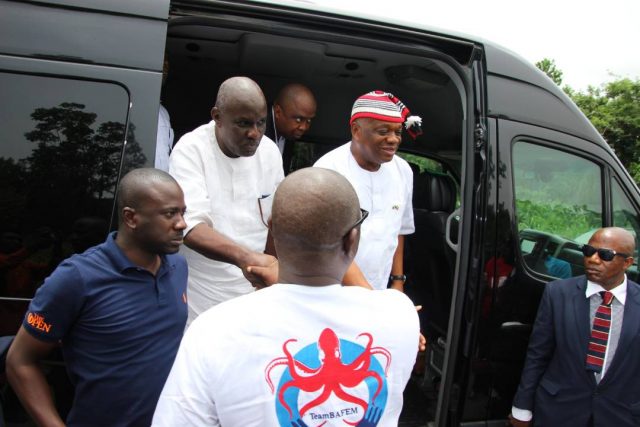 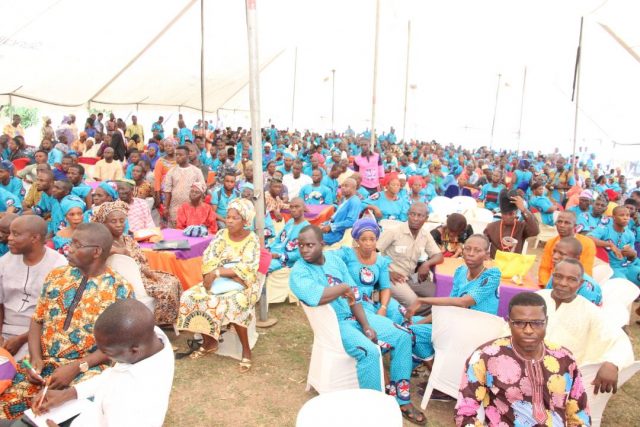 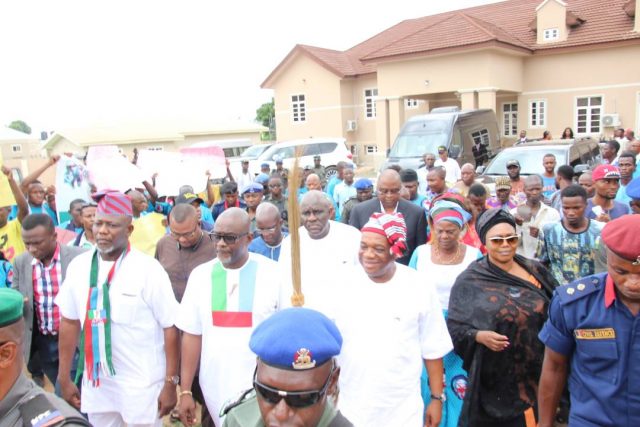 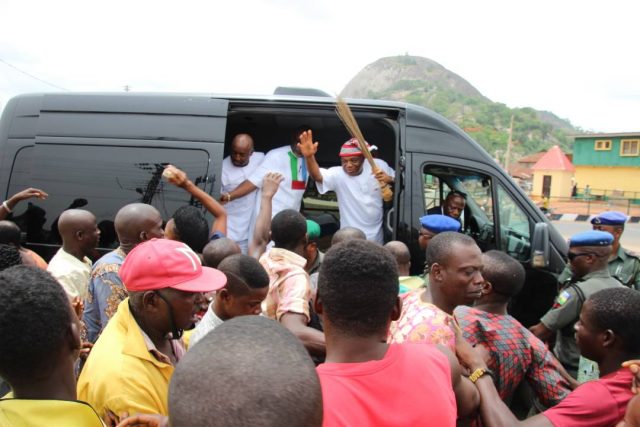 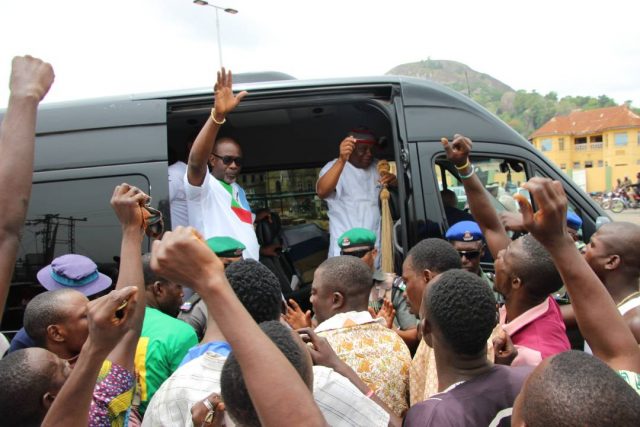 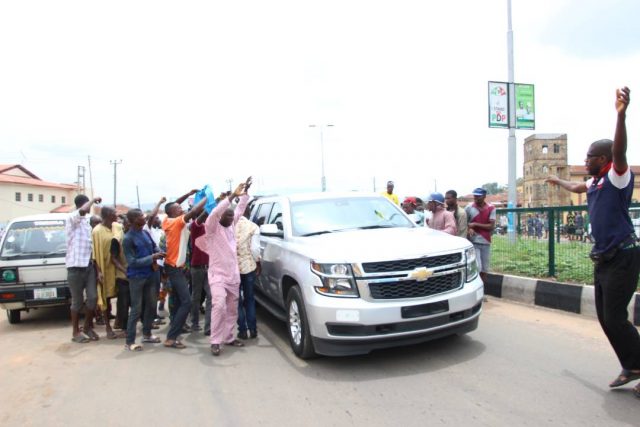 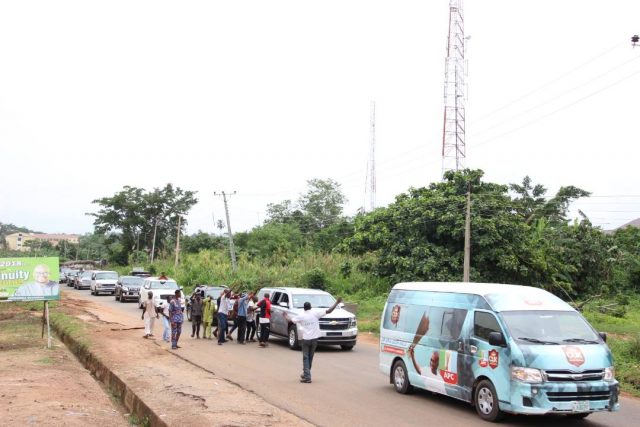 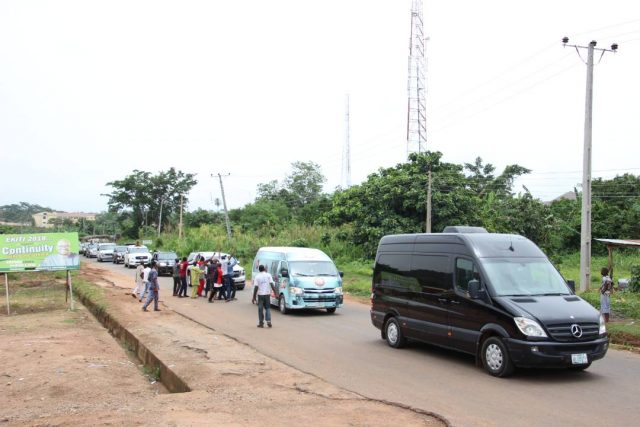 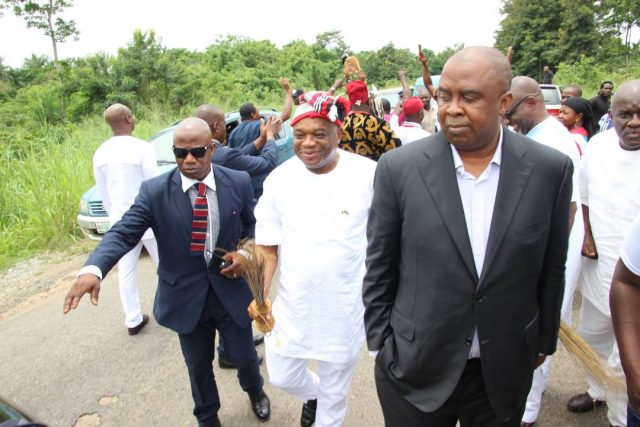 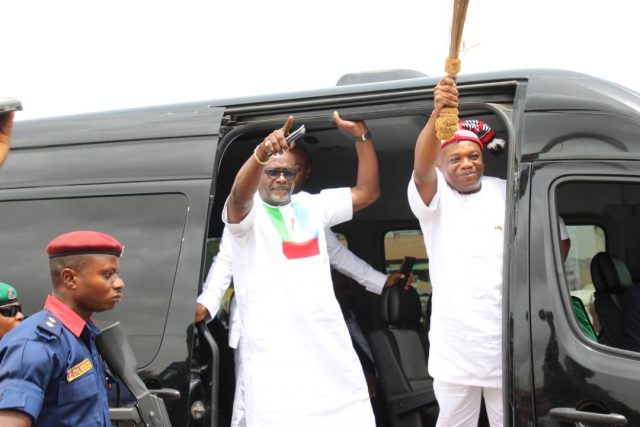