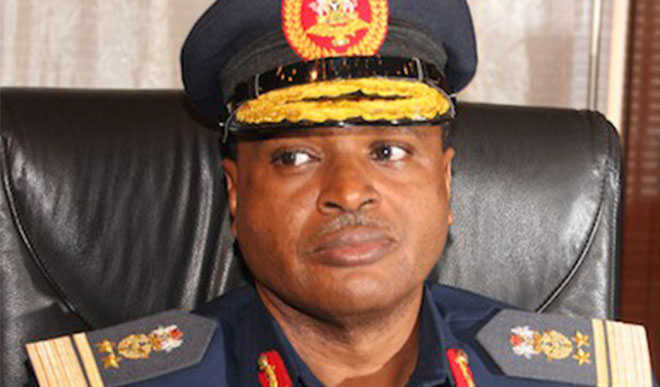 The Chief of Air Staff, Nigerian Air Force, Air Marshal Sadiq Abubakar, says no fewer than 150 special forces will be deployed to assist in restoring security in troubled areas in Taraba.
Abubakar said this in Enugu on Wednesday, when he led a delegation of senior officers of the Air Force on a courtesy visit to Governor Ifeanyi Ugwuanyi.
He said that the Special Forces which would mainly be ground forces would leave on May 10.
Abubakar said that the Air Force was hitherto more or less interested in flying operations, but had recently shown interest in ground operations too.
The Chief of Air Staff said that another 150 Special Forces were presently in Sambisa Forest along with the officers of the Nigerian Army.
He said: “Similarly, we have over 150 Special Forces that are presently operating in Zamfara State to tackle issues of banditry and other security challenges in the state.
“On May 10, we are deploying another 150 special forces which are mainly ground forces to Taraba State in order to add value to what is happening there in terms of security challenges.”
Abubakar said that he was in the state for the ground breaking ceremony of the newly approved Ground Training Command Headquarters of the Nigerian Air Force in the South East.
He said: “We believe that the efforts we are putting up now will provide further security for our people to be able to pursue their legitimate duties and aspirations without hindrance.”
Responding, Ugwuanyi commended the Air Force for its roles in providing security to Nigerians along with other security agencies.
The governor also commended them for establishing the command in the state and called for more robust relationship between the state government and the force.