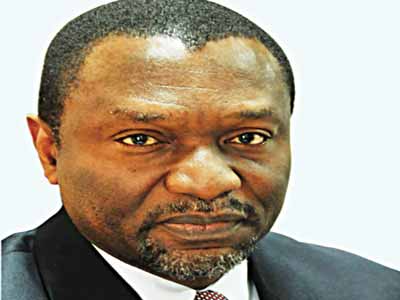 The Minister of Budget and National Planning, Udoma Udo Udoma, says that the Federal Government will issue new oil licences as part of efforts to explore new streams of revenues to fund the 2017 budget.
Udoma made this known when he appeared before the Senate Joint Committee on Appropriation and Finance to defend the revised Medium Term Expenditure Framework and the Fiscal Strategy Paper.
He said that the Federal Government would also review the current joint venture arrangements with oil companies, marginal oil fields as well as mount pressure on revenue generating agencies to surpass expected targets.
Udoma said a total of N10 trillion was being targeted by the Federal Government as revenue for the 2017 fiscal year.
According to him, out of this amount, about N5 trillion is expected to be generated from the sale of crude oil.
Udoma said: “Non-oil revenues will rake in about N5.06 trillion.
“These revenues are expected to come from corporate and company taxes, Nigeria Liquefied Natural Gas, Stamp Duties, capital gains tax and value added tax.
“Others are Customs, excise, fees, surcharges on luxury items, special levies and Federal Government independent revenue.
“I know N7 trillion seems larger than N6 trillion.
“In actual dollar term, the 2017 budget is smaller.
“We have had challenges in revenue generation in funding the 2016 budget.
“We are trying to get to the bottom of revenue generating agencies in order to raise more money.
“On independent revenue, we need to work with the National Assembly. The issue of 80 per cent of operating surplus is a problem.
“We need to work with the National Assembly to review certain clauses of the law. We need to be more imaginative and creative in order to get out of the problem we have with revenue generating agencies.
“We want to issue a presidential order to ensure that revenue generating agencies are unable to spend money unless payments of salaries until their budgets are passed.
“We want to be more engaging in the Niger Delta to ensure that there is peace in order for us to produce.
“We will be increasing the amount for the Amnesty Programme to the old figure. It is important to engage the people in the Niger Delta region.”
The MTEF report submitted to the Senate by the Budget Office indicated that the 2017 budget, which was initially pegged at N6.7 trillion, had also been revised upward to N7.3 trillion.
Out of this, the Federal Government is expected to expend N1.5 trillion in servicing domestic debts.
However, the Federal Government earmarked N1.3 trillion in the 2016 budget.
On foreign debt, the Federal Government would spend N175.9 billion as against N54.5 billion spent on foreign debt servicing in the 2016 budget.
On capital expenditures, the Federal Government budgeted N2.1 trillion.
Recurrent expenditures would gulp N1.9 trillion, about N1.8 was budgeted for the same purpose in the 2016 Appropriation.
Meanwhile, the new figure is coming in spite of claims by the Federal Government that many ghost workers had been removed from government’s payroll.
The Federal Government also intends to borrow a total of N2.3 trillion.
Out of this, N1.5 trillion would be sourced locally, while N1.1 trillion would be gotten from foreign sources.
In the 2016 budget, N1.2 billion was reportedly borrowed locally, while N635.8 billion was gotten through foreign borrowing.
President Muhammadu Buhari is expected to present the 2017 budget proposal on Wednesday before a joint session of the National Assembly.