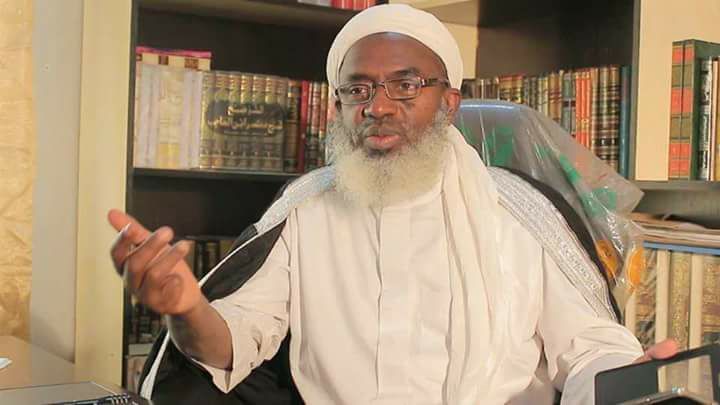 Controversial Islamic cleric, Sheikh Ahmad Gumi, has once again spoken in defence of the rights of the herdsmen, saying they could be granted real amnesty and be meaningfully engaged to guard the forests, a big chunk of which they now control, according to him.

Speaking on Arise Television programme: “Morning Show,” Gumi recalled that when the Niger Delta militants were blowing up pipelines, they were offered amnesty and were eventually given pipelines protection contracts.

He said: “Now, the herdsmen are controlling a big chunk of land whereby they are preventing farmers from farming.

“They can be our guards; they can guard the forests.

“They have qualities that we can tap from.”

Gumi said the nation has not been fair to the herdsmen/bandits, insisting that what is going on is tribal war, with the government taking sides.

“The moment the government takes sides, it becomes part of the conflict.

“And this is what I saw in Zamfara State, in Niger State and other states.

“This is a tribal war going on, and the government is taking one side.

“Do you know that an ordinary herdsman is lynched in many towns in Nigeria?

“We have seen that in Oyo.

“We have seen that in Anambra.

“We have seen that in many regions of Nigeria.

“I think there should be well meaning Nigerians that should stay neutral in this tribal war.”

The cleric said the amnesty granted the bandits by the Zamfara State Government is “political amnesty” only meant for the press.

Gumi added: “When you grant a political amnesty, I mean amnesty in front of the press and the media, but in the real sense there was no amnesty.

“Amnesty comes with a package.

“The package is (that) you rehabilitate these criminals, you provide for them social amenities.

“You entice them to leave the forests by providing them with skills.

“But there is no (such) project put forward.”