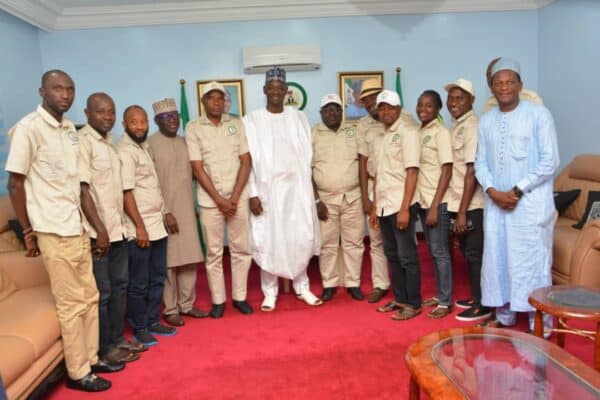 Governor Abdullahi Sule of Nasarawa State has promised to work in partnership with the Radio Television Theatre and Arts Workers Union in the state in promoting the rich cultural heritage of the people of the state.
Sule stated this when he granted audience to the leadership of RATTAWU in the state under the leadership of the state Chairman, Comrade Ahmad Na’ibi, in Lafia.
The Governor pointed out clearly that RATTAWU has done very well in the areas of showcasing the rich cultural norms and values of the people of the state to the outside world both at the state, national and international levels.
He maintained that members of RATTAWU in the state have made the state proud both in media and cultural sectors and urged the members to keep the tempo.
Earlier in his speech, Na’ibi said they were in his office to seek for more assistance to the union to enable it attend its annual cultural festival scheduled to hold in Akwa Ibom State from September 10 to 15, 2019.
Comrade Na’ibi also requested for the absorption of the guest artists in the Ministry of Information and Culture as full time staff of the ministry amongst other requests.