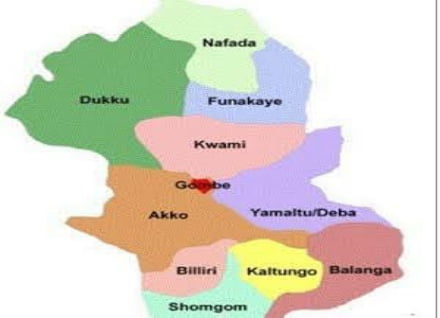 Governor Inuwa Yahaya of Gombe state, on Saturday, said the government had approved 70 slots  for Christians going on pilgrimage to Israel in 2021.

Yahaya, who confirmed this to a delegation of the Christian community in the state, who paid him a New Year visit, stated that the challenges that his administration met on ground caused Christians not to travel to Israel for the 2019 pilgrimage.

“This year, a good number has been approved. I think about 70 Christian faithfuls  will make it to Jerusalem”, he said while assuring that the state government would continually support pilgrims to Israel, as well as ensuring an environment conducive for people to practise their faith.

On the community’s executive request, the governor also assured that the Christian Pilgrims Welfare Board would be constituted prior to the pilgrims’ journey to Israel.

He pledged N25 million as initial support to the Christian Association of Nigeria (CAN) Centre Project in the state, which required N150 million.

Yahaya further stressed the need for the Christian community to continuously pray for his administration, while urging them to also jealously guard the prevailing peace in the state, in the interest of development and wellbeing of everyone.

Earlier, CAN caretaker Chairman, Gombe State chapter, Rev. Sunday Congo, said his members came to pray with the governor on the occasion of the New Year and to also commend the laudable achievements of the state government.

Congo, represented by CAN caretaker Secretary in the state, John Adedigba, also appreciated the Yahaya-led administration for maintaining peace.

He pledged the continuous support of CAN to the administration in order to achieve its mandate of delivering good governance to the people of the state.

The News Agency of Nigeria reports that highlights of the visit were presentations of the Holy Bible, 2021 Daily Devotional and prayer session for the governor and his administration.