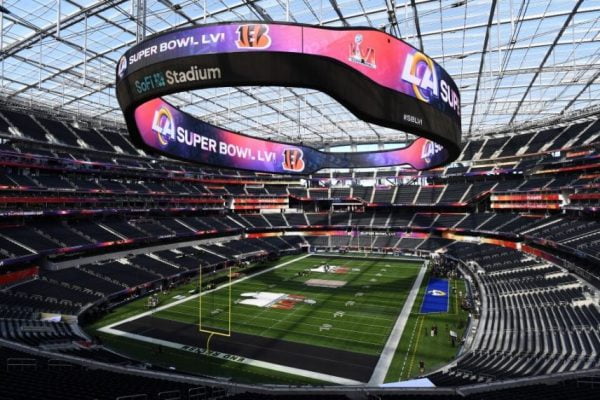 FIFA has announced the host cities for the 2026 World Cup, with stunning stadiums and fascinating locations to visit for fans looking to head to the finals in four years’ time.

FIFA have awarded the United States 11 venues for the tournament, whilst joint hosts Mexico and Canada got three and two.

Among the huge venues chosen in the US were New York/New Jersey’s Metlife Stadium – home of the New York Giants and New York Jets NFL teams – and the fabulous new SoFi Stadium in Los Angeles – host of this year’s Super Bowl 56.

On the east coast, there will be games played in Boston, Philadelphia, Atlanta and Miami, whilst Texas gets two venues in Houston and Dallas, and in the midwest Kansas City’s Arrowhead Stadium will host fixtures.

LA heads the west coast venues, supported by San Francisco and Seattle in the north-west.

Canada’s two venues will consist of Vancouver in the west and Toronto, whilst fixtures staged in Mexico will take place in Monterrey, Guadalajara and Mexico City.

It is already gearing up to be an incredible finals and a first for the United States since hosting in 1994.

Mexico are handed their third finals after hosting in 1970 and 1986, whilst Canada will entertain the world’s biggest football competition for the first time.

The three countries earned the right to stage the event back in 2018 and, unlike this years finals in Qatar, there is unlikely to be a rushed attempt to prepare stadia and infrastructure to stage an event of this magnitude.

With the World Cup expanding to 48 teams from the 2026 finals, it is anticipated that 60 of the 80 scheduled games will be played in the United States, although FIFA is yet to disclose how many games each city will host.

There’ll likely be three games on opening day, one in each country, with venues for specific matches still to be determined.

It is also unclear which city will be awarded the prestige of hosting the 2026 World Cup final, but the two early candidates are MetLife Stadium in New York and the AT&T Stadium in Arlington, Texas – home of the Dallas Cowboys.