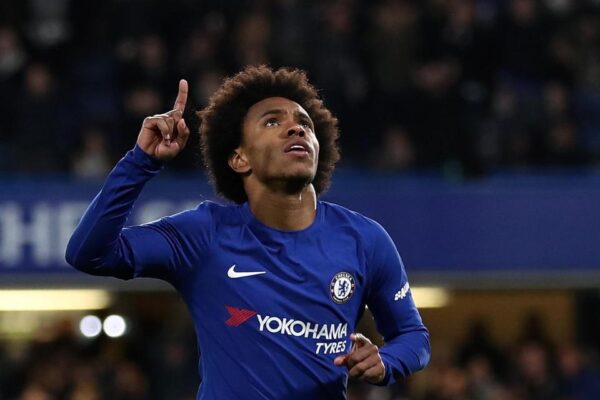 Arsenal’s debutants starred as they kicked off their Premier League season with a comfortable 3-0 victory over recently-promoted Fulham.

Willian finished his first match since the move across London from Chelsea with three assists, while Gabriel headed home Arsenal’s second to start his own Gunners career in ideal fashion.

Fulham’s return to the top-flight got off to a difficult start when Alexandre Lacazette capitalised on a loose ball in the eighth minute to give the Gunners an encouraging beginning to the new season.

Gabriel’s header after half time strengthened Arsenal’s grip on the game and was quickly followed up by Pierre-Emerick Aubameyang’s curled strike which secured all three points.

Arsenal passion was in evidence before the kick off when Eddie Nketiah and Dani Ceballos clashed in the warm up, a late challenge led to the two squaring up and needing to be separated.

When the game kicked off the pair took their seats at opposite ends of the substitutes’ bench.

Fulham did not have to wait long for their first chance in the Premier League when Aboubakar Kamara almost capitalised on an Arsenal mistake at the back, but Bernd Leno was able to gather the ball.

The recently-promoted side also had the first shot on target of the match, with Denis Odoi running down the right before taking a shot, but his effort was a relatively straightforward take for Leno.

Moments later Arsenal scored their first goal of the season following a scramble in the Fulham box, Lacazette reacted quickest to tap the ball past Marek Rodak and open his account for the season.

A ball over the top was not dealt with by the Fulham defence, Aubameyang crossed the ball in before Granit Xhaka scuffed a shot, Rodak made a save but the ball fell into the path of Lacazette.

In the 26th minute, Willian came close to adding a goal on his Arsenal debut, his straight free-kick went over the wall, but hit the woodwork.

Fulham started the second half sluggishly and were punished for it in the 48th minute when Gabriel rose above Michael Hector to meet a Willian corner to head home on his first match in an Arsenal shirt.

Kamara had an opportunity after Tom Cairney’s free-kick was cleared to the 25-year-old, but his strike from the edge of the box skimmed wide of the goal.

The home side were then caught almost immediately on the break and captain Aubameyang capitalised from a Willian crossfield ball before he weaved through the defence then curled the ball past Rodak to all but secure the three points for the Gunners just before the hour mark.

Despite the late introduction of last season’s Championship golden boot winner Aleksandar Mitrovic from the bench, Fulham were unable to claim any consolation as the game finished 3-0.