Election: I am not afraid of Gov. Aliyu – APC’s Umaru 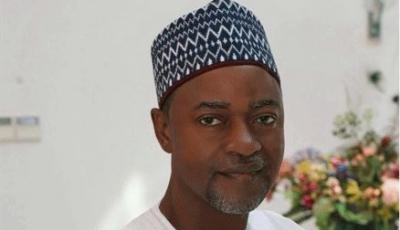 Share
Facebook Twitter LinkedIn Pinterest Email
Barely two days after the National Assembly Elections Petitions Tribunal declared him winner of the Niger East Senatorial District bye-elections, Barrister David Umaru of the All Progressives Congress on Sunday declared he is not afraid of Governor Muazu Babangida Aliyu when the two line up for the February 28 polls.
Umaru told journalists at a press conference in Minna that his victory at the tribunal will further boost his chances and galvanise the efforts of his party, the All Progressives Congress, in the forthcoming general elections.
He said: “I am not afraid of him (Governor Aliyu).
“We are very ready.
“I can assure you that this election is not going to be for the high and mighty but for credible people.
“I predict something higher than a landslide victory.”
Umaru further stated that “the verdict by the Tribunal has shown that the Peoples Democratic Party does not have the power to do and undo anymore in the state.
“What is wrong is wrong.
“We need re-orientation.”
Reacting to the PDP’s claim that it will appeal the verdict of the Tribunal in his favour, Umaru said: “I am not afraid that somebody is appealing.
“There are competent lawyers who understand the law and I am sure they will defend it.
“A statement has been made that the PDP cannot keep trampling on people or continue to do the wrong thing.
“This is a clear message to the PDP that time is over for its reliance over the years on rigging and manipulations of results.
“It doesn’t really matter if I spend only one day as a Senator of the Federal Republic of Nigeria to represent my people, but the mandate of the people is what matters.
“The right to appeal is fundamental in our legal system.
“Everybody has the right to exercise it.”
Umaru allayed worries that PDP out of panic has begun to intimidate and harass supporters of the APC in the state in order to cajole them into voting for the party during the general elections.
Accordingly, he said: “I will like to sound a serious warning to the PDP and its administration that we will no longer allow them steal our mandate as they have always done since 2003.
“We will protect our votes in accordance with the laws of the land.
“We will embrace peace and shun violence.”
The National Assembly Tribunal had declared Umaru who scored a total of 79,779 valid votes over Dr. Shem Nuhu Zagbayi of the PDP who scored 68,525 votes as winner of the Niger East Senatorial District bye-elections.
All Progressive Congress (APC) David Umaru
Share. Facebook Twitter Pinterest LinkedIn Tumblr Email