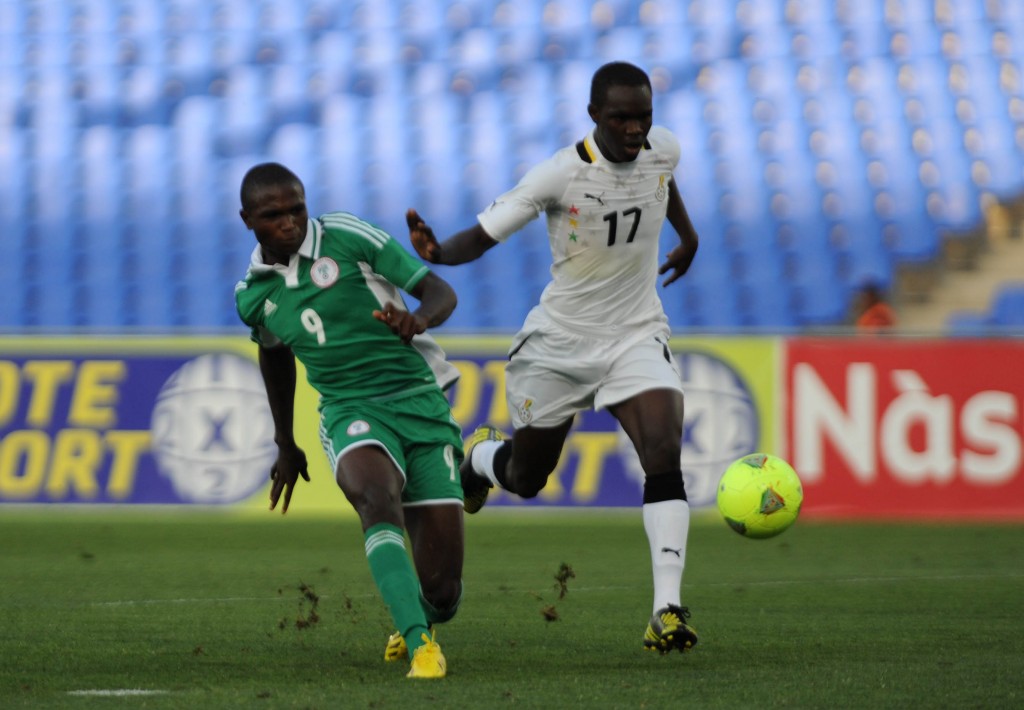 Three-time champions, Golden Eaglets, thrashed Iran 4-1 at the Khalifa Bin Zayed Stadium in Al Ain, United Arab Emirates, to set up a quarter-final date with Uruguay on Saturday.
The Manu Garba lads came out on all cylinders, blazing in the opening seconds.
Iheanacho, who scored four goals in the opener on the same pitch, fired a vicious shot from the corner of the penalty area inside the first minute that only just flew over the bar.
It wasn’t long after that Chidiebere Nwakali raced through the midfield on the end of an elegant heel flick from Zaharaddeen Bello.
His shot from way out, however, also went over the goal.
Nigeria were attacking up both flanks and crossing dangerously, but the storm subsided and Iran began to get some touches on the ball.
And when Nwakali tried to dribble the ball out of defence, he was stripped by Mohammad Bazaj, whose effort from a tight angle after 21 minutes was Iran’s first chance of the half.
The Eaglets were into the lead just seconds later when Musa Yahaya pulled off an outrageous move to leave his man for dead at the edge of the penalty area.
Yahaya sent in a low diagonal ball to Samuel Okon, who sliced in from a tight angle.
Two minutes later, it was 2-0 for the Africans.
Taiwo Awoniyi, on for injured Success Isaac, pulled the ball across the 18-yard line for Iheanacho, who dispatched his fifth goal of the tournament.
It would be the impressive No 10’s last action, as he pulled his hamstring shortly after and signaled for substitution.
Captain Musa Muhammed grabbed a third goal for Nigeria five minutes from the interval, taking advantage of some slack marking to burst into the area and score to make it 3-0 at the break.
The second half lacked the total attacking sparkle of the first, but the Nigerians remained in full control.
In the 78th minute, Yahaya dropped his shoulder brilliantly again, pulling out his signature move, before firing low into the corner from 25 yards.
Iran managed a consolation goal six minutes from time.
Substitute Ali Gholizadeh scored from the edge of the box as the game ended 4-1.
The golden Eaglets will now battle Uruguay that has also made it into the quarter-finals.