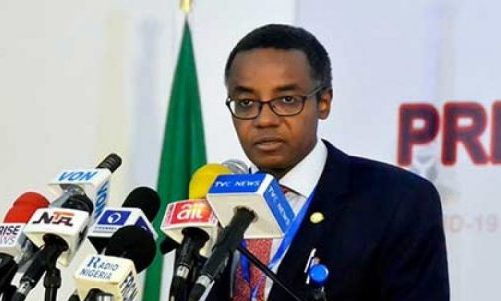 The Presidential Task Force on COVID-19 on Monday said it would not impose precision lockdowns on 11 high-burden local government areas of the country.

The National Coordinator of PTF, Dr. Sani Aliyu, gave the explanation at the media briefing by the task force in Abuja.

He said locking the council areas down would most certainly pull the entire states where such council areas belong into lockdown with them.

Aliyu said the geographical nature of the council areas made it rather impracticable to do isolated lockdown.

The coordinator, however, added that precision lockdowns were just one out of many types of interventions that could be used to manage cases in the said council areas.

According to him, PTF is already working with the affected council areas through other means of intervention to reduce their high infection load, citing risk communication and community engagement activities as part of the ongoing works.

“We are doing a lot of works in these local government areas, especially as it relates to risk communication and community engagement activities.

“We are also trying to improve testing, particularly in Lagos, where seven of the 11 local governments are.

“Precision lockdowns are only one out of the various options.

“The main problem we have with lockdowns in these areas is the geographical nature of the local governments.”

Aliyu said if they were to lock down those local government areas in Lagos, they would  have to lockdown the entire state.

He said: “Technically, it will be very difficult.

“We know if the interventions that we proposed are being implemented and people are cooperating, you don’t actually need to lock people down at all.”